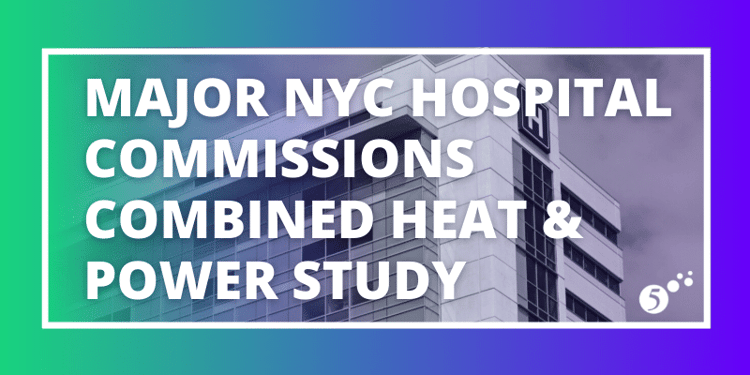 One of NYC’s largest and most renowned hospital systems was considering a Combined Heat and Power (CHP) plant to increase reliability and safeguard against rising electric costs. 5 was hired to conduct a feasibility study to determine the economic viability of a co-generation system for the hospital’s main facility. Hospitals and healthcare systems are often ideal candidates for CHP systems because of their continued demand for both heat and electricity.

The results of this analysis were delivered on time and ahead of schedule. Both facilities and finance executives for this healthcare system were convinced of the efficacy of this CHP project and decided to move forward with its development based on 5’s analysis and recommendations. This new CHP system will not only increase the hospital’s reliability and resiliency, but it will also reduce its electricity costs which can be redirected to improve patient care.

5 Named to Entrepreneur 360™ List of Top Companies in the U.S.