The New Jersey Board of Public Utilities (NJBPU) recently approved nearly $1.1 billion in transmission system upgrades to the state’s electricity grid. These upgrades will enable electricity generated from offshore wind assets to be connected to the power grid and are a part of the state’s plan of creating 7,500 MWs of offshore wind capacity by 2035. The project, the Larrabee Tri-Collector Solution (LTCS), is estimated to cost $504 million and was proposed by JCP&L and Mid-Atlantic Offshore Development, a joint venture of EDF Renewables North America and Shell New Energies US. The NJBPU also awarded additional onshore transmission upgrades to accommodate the additional generating capacity from LTCS and other planned offshore wind projects. These awards went to ACE, BGE, LS Power, PECO, PPL, PSE&G, and Transource at an estimated cost of $568 million. In a press release, the NJBPU stated, “These project selections will establish the first coordinated solution for offshore wind transmission in the U.S., testifying to New Jersey’s status as a national forerunner in clean energy production. This coordinated transmission solution will minimize cost and other impacts while supporting the continued expansion of offshore wind energy in the state.” New Jersey is looking to the Ocean Winds project as the first step in achieving the state’s offshore wind goals.

The Ocean Winds One project will be located approximately 15 miles off the coast of New Jersey (see Figure 1) with a generating capacity of 1,100 MWs through nearly 100 General Electric Haliade-X 12 MW turbines. These massive turbines are 850 feet tall with a blade radius of 750 feet. Ørsted and PSEG are the owners and developers of the Ocean Wind project, which will be New Jersey’s first utility-scale offshore wind farm. Project construction is scheduled to begin in early 2023, with commercial operations expected at the end of 2024. A second and adjacent project, Ocean Winds Two, is expected to add an additional 1,100 MWs of generating capacity. Construction on that project is not expected until 2028. The Oyster Creek Nuclear Station was closed in September 2018 and removed approximately 650 MW of generating capacity from the state’s grid. Ocean Wind One and Two are intended to not only replace that asset but also add an additional 1,550 MWs of carbon-free electricity capacity. Given the difference in availability of offshore wind compared to nuclear energy facilities, the additional capacity will be needed to help offset Oyster Creek production.

END_OF_DOCUMENT_TOKEN_TO_BE_REPLACED

Leaves are changing and temperatures are falling, which can only signify one thing: PJM’s coincidental peak season is behind us. In PJM, there are five Coincidental Peaks (5CP) that are determined by the five highest daily peak hourly loads for the summer. Once the 5CP season comes to an end, the utilities begin the process of calculating Peak Load Contributions (PLC) and capacity costs for the upcoming year. Typically, 5CP events occur in PJM when the hourly load forecast approaches 140,000 MWs. The summer of 2022 was no different.

END_OF_DOCUMENT_TOKEN_TO_BE_REPLACED

Power prices across the country have been on the rise since the summer of 2021 and PJM is certainly no exception. Anyone with an electricity supply contract expiring in the next 12 months, has seen a significant increase in pricing, upwards of 120% higher than where prices were at the end of 2021. Figure 1 shows the historical trading range for forward wholesale electricity prices for calendar strip 2023 to 2027 at PJM’s largest trading hub, PJM West.

END_OF_DOCUMENT_TOKEN_TO_BE_REPLACED

Anyone who has entered into a new electricity agreement in the last twelve months knows that prices are between two and three times higher than previous contracts. One year ago, wholesale electricity for calendar year 2023 was trading at $30.77/MWh at the PJM West hub in Western Pennsylvania. In early May 2022, it peaked at $88.35/MWh, a nearly three-fold increase. This rapid rise in electricity futures has created sticker shock for many electricity and natural gas buyers over the last year. And while this may not be news, some buyers may be surprised to learn that spot electricity prices in PJM are at their highest levels in over ten years.

END_OF_DOCUMENT_TOKEN_TO_BE_REPLACED

On June 21, 2022, PJM posted the results of its capacity auction, also known as the Reliability Pricing Model (RPM), for the planning year June 2023 to May 2024. The execution of this auction has been postponed multiple times over the last few years due to FERC rulings on the validity of the PJM auction’s design. Differences between FERC and PJM seem to have finally been resolved to the extent to allow the auction to proceed. This is important because these latest auction results give the market some much-needed clarity into future capacity costs, which are a major cost component of next year’s overall electricity costs for all retail customers in PJM states.

END_OF_DOCUMENT_TOKEN_TO_BE_REPLACED 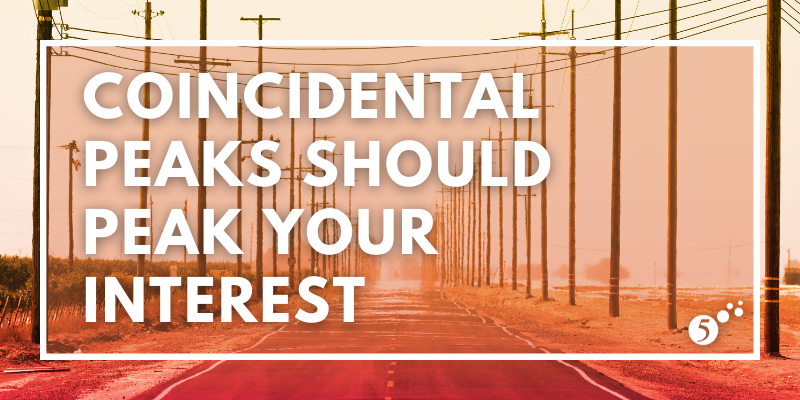 END_OF_DOCUMENT_TOKEN_TO_BE_REPLACED

On April 23, 2022, Pennsylvania became the 12th member of the Regional Greenhouse Gas Initiative (RGGI), a market-based cap-and-invest initiative that sets an allowance on CO2 emissions and requires power plants to pay to offset their carbon emissions. As part of RGGI, PA will be required to make annual emissions reductions of 3%.

END_OF_DOCUMENT_TOKEN_TO_BE_REPLACED

A Two-Year Pause on Solar Projects in PJM

The geographic area served by the PJM Interconnection spans from Virginia all the way to northeast Illinois. And despite the name of the hit show, “It’s Always Sunny in Philadelphia”, this is not a particularly sunny part of the country. It may be a surprise, then, to learn that PJM is overwhelmed by applications for new solar farms. In fact, PJM is proposing a two-year pause on reviewing new generation projects (most of them solar) that seek interconnection with its power grid to slow the influx.

END_OF_DOCUMENT_TOKEN_TO_BE_REPLACED

What Caused the Most Recent PJM Capacity Auction Delay?

On December 22, 2021, the Federal Energy Regulatory Commission (FERC) ordered PJM to change its reserve market rules. This move, yet again, delays the 2023/2024 capacity auction, previously set to occur on January 25, 2022.