An Outstanding Amount of Reform

To say that 2021 was a challenge for energy practitioners in Texas is a serious understatement. Certainly, 2020 was difficult as the market reacted to a global pandemic and energy demand destruction that resulted in negative oil prices. However, 2021 presented even greater challenges with the devastation from Winter Storm Uri coupled with the market uncertainty from the ongoing mutations of the Coronavirus.

END_OF_DOCUMENT_TOKEN_TO_BE_REPLACED

As winter approaches in Texas, many in the Lone Star State continue to share memories and horror stories from Winter Storm Uri. The exceedingly rare, multi-day winter storm from February 14th - 18th crippled the state’s energy infrastructure, causing hundreds of human deaths, and igniting a political firestorm that continues today.

END_OF_DOCUMENT_TOKEN_TO_BE_REPLACED

Twice per year, in March and then in September, the four major Transmission Distribution Utilities (TDUs) in Texas file with the Public Utility Commission of Texas (PUCT) to update their tariffs to account for the ever-changing costs of transmission. This semi-annual TDU cost true-up was typically not one of the larger charges that Retail Electric Providers (REPs) passed through to customers but lately that has changed. As the PUCT directs changes to the rate design, this tariff charge has increased substantially, ultimately impacting the monthly invoice for end users.

END_OF_DOCUMENT_TOKEN_TO_BE_REPLACED

See Ya Next Time, Summer. A Market Reflection.

Doesn’t the first cold front of fall always just feel so glorious? Texans will tell you that 85 degrees Fahrenheit never felt so good. After over four months of sweltering heat in Texas, with triple-digit heat index values as the rule rather than the exception, on Tuesday, September 21, 2021, a small shot of Arctic air made it all the way to the Texas Gulf Coast. Finally, Texans received some relief from the high humidity levels statewide and overnight low temperatures plunged into the 60’s as far south as Brownsville. This front officially marks the end of the 4CP season, and of summertime in general, in Texas.

END_OF_DOCUMENT_TOKEN_TO_BE_REPLACED

In ERCOT, energy users with “flexible loads” (i.e., folks that can dial back electricity usage on short notice) have a variety of demand response programs to choose from. These programs pay end users for their participation and performance and are designed to maintain reliability on the grid in times of stress. The causes for grid stress could include if either real-time energy demand is higher than what was forecast and/or because of delivery issues on the supply-side power resulting from forced outages at power plants, transmission lines, or both. Demand response is an energy management concept that has existed for over two decades and these programs are in use nationwide and around the world.

END_OF_DOCUMENT_TOKEN_TO_BE_REPLACED

Predicting 4CP Should be an Olympic Sport

Our head of analytics and Sr. Zoltar, Eric Bratcher, is a big lover of the Summer Olympics, especially the less popular sports. On Tuesday this week, while Eric was watching ERCOT’s load again come in under forecast, women’s skeet shooting was on in the background. Eric was glued to the final round as USA’s Amber English held off Italy’s reigning champ to win her first gold medal in the event. An hour later, USA’s Vincent Hancock set an Olympic record of 59 of 60 targets, winning his event and being awarded with his third gold medal.

END_OF_DOCUMENT_TOKEN_TO_BE_REPLACED 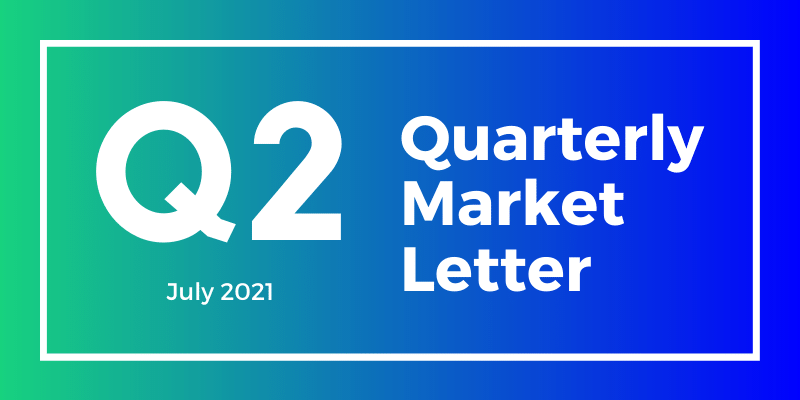 On behalf of the team at 5, I am pleased to forward our market letter for the second quarter of 2021. The unusual weather that caused historic outages and extreme electricity and natural gas prices in Texas in Q1 surfaced in other markets in Q2. Both the Pacific Northwest and the Western US faced extreme weather conditions, namely, heat. In Death Valley, temperatures hit 130 degrees on July 9, a world record for the hottest reliably measured temperature in recorded history.

END_OF_DOCUMENT_TOKEN_TO_BE_REPLACED

Ever since Winter Storm Uri devastated Texas in February, politicians in Austin began to debate what went wrong and how to implement legislation that would prevent another storm from having similar effects. Both the House and the Senate passed multiple bills at the end of the state’s 87th legislative session on May 31, 2021.

END_OF_DOCUMENT_TOKEN_TO_BE_REPLACED

With the clock ticking on the current legislative session in Texas, lawmakers are anxious to get some legislation passed that addresses and corrects some of what occurred during Winter Storm Uri. In the weeks following the storm, there were several pieces of legislation that were gaining traction. Senate Bill 3 (SB3) gathered the most attention, which, in its original draft, sought a complete ban on real-time, index-based products, put limits on wholesale electricity prices, and addressed issues related to the winterization of generating assets. After several votes and amendments, SB3 passed the Senate and is now with the House, but it is unclear if it will be signed into law before the current legislative session ends on May 31. House Bill 16 (HB16), however, passed both the Senate and House this month and will likely be signed into law by Governor Abbott in the coming days.

END_OF_DOCUMENT_TOKEN_TO_BE_REPLACED

Late last month, ERCOT released their preliminary Seasonal Assessment of Resource Adequacy (SARA) report. This is the seasonal report that identifies the output from all current, new, and planned generating resources and compares that amount to the forecasted peak load. Reserve margin is the difference between the forecasted peak load and the total amount of generation available to meet that demand. Recently, the reserve margin has climbed from a low of 8.6% in 2019 up to 12.6% in 2020.