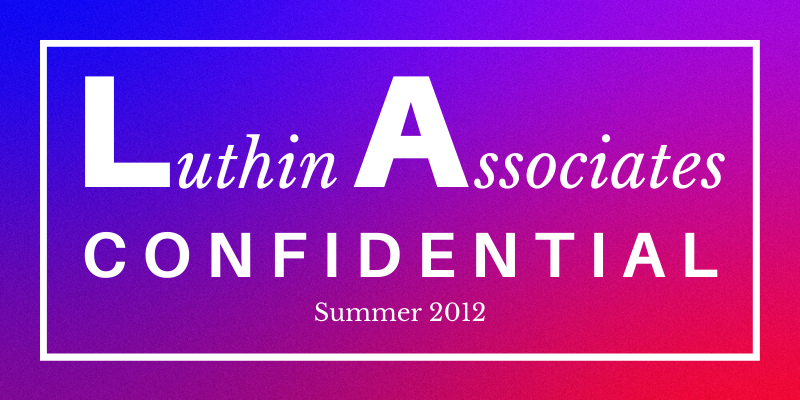 Several members of the Luthin Associates staff have been purchasing deregulated energy products since the early 1990’s, and during this period we often noted a fairly strong correlation between natural gas and oil prices. It was also a common occurrence when meeting with a CFO for him or her to correlate the rising cost of electricity with the current price of oil.  While this correlation may have once been valid, changes in the market and the evolution of the nation’s energy production infrastructure have diminished the importance of oil in the electricity markets and simultaneously enhanced the significance of natural gas as a price indicator.

Oil used to be an integral power plant fuel, but it has become less important over time. Emissions requirements and other environmental and economic concerns have yielded an increasingly gas-fired energy production mix.  According to the Energy Information Agency (EIA), the share of electricity produced from oil has fallen from a high of 22% in 1978 to less than 1% in 2011. For the last 30 years, coal and natural gas have been the major fossil fuels utilized in power plants. Critically, natural gas has continued to replace many coal plants. Coal fell from 78% of generation in the mid-1980s to 64% in 2010, while natural gas complemented this shift by rising from 15% to 35% during the same period (EIA). As a result, the direct influence of crude oil prices in the electricity market has abated and been superseded by the prominence of natural gas.

As such, in most U.S. power markets, natural gas has become the price driver for electricity. The EIA further projects electricity generation from coal to decline by 5% in 2012 as generation from natural gas increases by 9%. The dual advantage of lower fuel prices and better greenhouse emission performance signifies the staying power of this trend.

The continuing decline in natural gas prices is a direct result of expanding gas production from thousands of new wells in the U.S., driven by the use of hydraulic fracturing and horizontal drilling technologies in shale formations (a combination colloquially known as “fracking”). Lawmakers have routinely introduced new emissions requirements to assist in sustaining the progression towards natural gas power. As trends in the supply and regulatory areas continue in this fashion, the expanding influence of natural gas is solidified.

Further contributing to the overall situation, it was discovered that many of the new shale wells are “wet”, meaning they also produce natural gas liquids (NGL) that include propane, ethane, butane, and natural gasoline. As oil prices rise, NGL recovered from shale may become worth more than its gas. In addition, the aforementioned gas drilling technologies are also being used to extract oil in places previously considered inaccessible. Hydraulically fractured oil wells, in turn, produce large quantities of natural gas as a byproduct, which further increases supply and lowers gas costs.

New gas production and lower prices resulting from the abundance of shale gas and the impact of the recession have placed the weak correlation between oil and power pricing in sharp relief. As the world’s demand for oil continues to rise, and speculators thrive on geopolitical tensions, crude oil prices continue to rise while natural gas prices ease. The August 2012 crude oil contract traded above $98 per barrel from January through April. The same contract for natural gas decreased from $3.28 per MMBtu to $2.46, a drop of 25%.  The market analysis demonstrates that as natural gas prices drop, so do electricity prices. Since 2008, electric commodity pricing (the bill portion without utility delivery charges) has dropped by more than 50%, largely due to the ~65% nosedive in natural gas supply pricing during that period.

The net effect is that higher oil prices have stimulated the NGL market, bringing prices up. As a result, hydraulic fracturing of oil and gas wells has increased, both of which increase the supply of gas and depress natural gas prices. Because gas is the price leader for electricity, these various phenomena drive down the price of power – and this directly contradicts the old oil/electricity price correlation.

Ultimately, such low gas pricing is great for consumers, but not sustainable. As prices drop, wells become too costly to drill relative to the value of the gas and halt production accordingly.  Indicative of this, Baker Hughes (an oilfield service company) has reported that natural gas rig counts are at the lowest level in ten years. As such, the reduction in drilling may tip the supply-demand curve and result in an upward trend in natural gas prices. This shift may be exacerbated by increasing gas demand if the economy recovers, and if new EPA rules force coal-fired utilities to switch to gas. These developments would ultimately impact electricity prices in the future, as markets adjust to the new reality.

Until such things occur, enjoy the ride.

The butterfly effect and chaos theory can apply to the energy market too! Learn more by reading the full issue: Summer 2012 LA Confidential

A Girl by Any Other Name