Natural Gas Woes on Both Coasts

Natural gas shortages have caused gas utilities in Lansing (NYSEG service territory), Westchester (ConEdison), New York City and Long Island (National Grid) utilities to impose restrictions on new gas connections.  New customers in these utility territories are unable to connect to the existing natural gas delivery system and customers seeking to return to the system after making renovations are finding they cannot get their gas service restored, even when there is no increase in demand.

These utilities point to the State’s failure to permit the construction of new natural gas infrastructure when defending their gas moratoriums.[1]  They argue that they cannot get enough gas to serve new customers during periods of peak usage.  For example, National Grid imposed its moratorium when the State blocked permitting for the Williams Northeast Supply Enhancement pipeline.  As discussed in 5's Quarterly Letter earlier this month, this relatively short underwater pipeline is needed (according to National Grid) to bring sufficient supply of natural gas from the gas producing regions of Western Pennsylvania to New York City.  A map of the proposed pipeline is below: 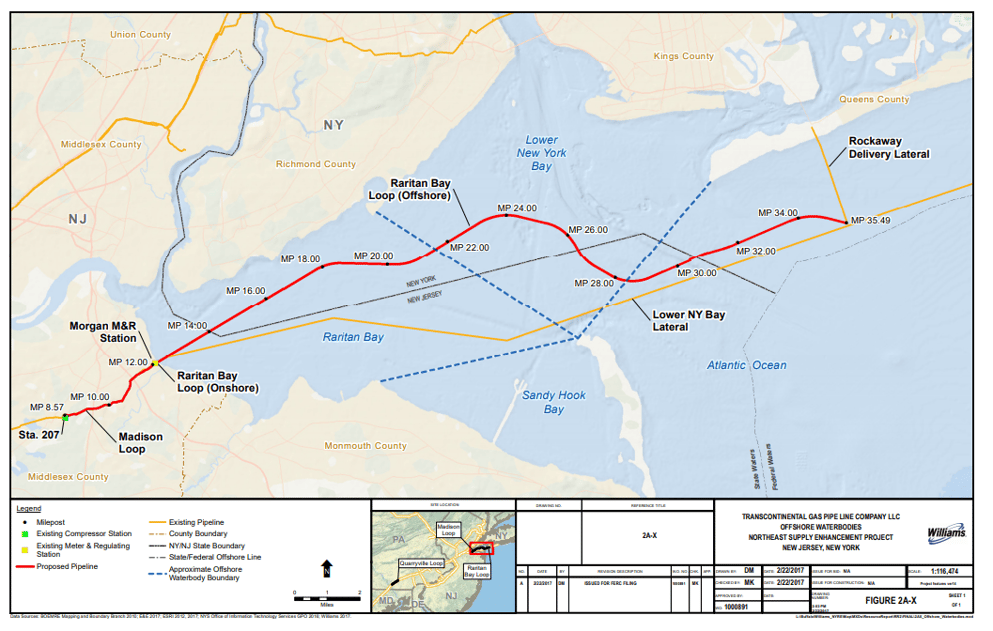 “It is the fundamental responsibility of our utilities to provide reliable service……National Grid has acted in bad faith throughout the process – first by denying over 1,100 eligible customers with service and now by failing to fulfill its core responsibility.  Today, National Grid is being ordered to immediately connect those 1,100 customers, and I have directed DPS to expand their ongoing investigation to include potential negligence in not preparing for the months ahead.  Make no mistake, New York will hold National Grid accountable.”

The City of Berkeley, CA, voted in July to ban natural gas from all new low-rise residential buildings.  The city plans to expand this ban to include commercial buildings and larger residential structures in the near future.  San Jose followed suit in September, banning natural gas appliances in new single-family homes and new low rise and multi-family structures.  San Francisco, Santa Rosa, Menlo Park and Petaluma are among other cities in California considering similar natural gas bans.  While these bans do not take effect until 2020, California is dealing with a more immanent climate-related threat - wildfires.

[1] New York is no fan of natural gas.  In fact, in December 2014 New York banned hydraulic fracturing as a means of extracting natural gas from the state’s plentiful shale reserves.