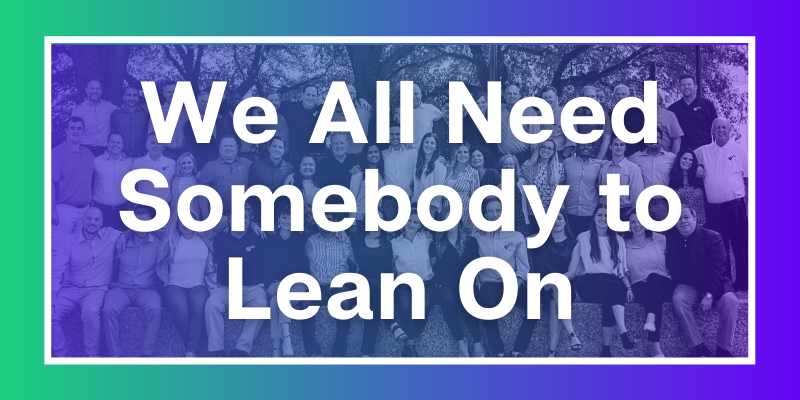 The recent winter storm in Texas reminds us that living our mission of helping others starts by caring for our families, neighbors, and co-workers. Our team, like yours, has experienced firsthand the emotional and physical stress caused by natural disasters, family emergencies, terrorist attacks, and more. When the power went out for millions of Texans, many of whom also lost running water as well, those of us who were not in the dark joined together to continue advising our clients while also rendering aid to one another. Below is a brief look into two of our team’s stories:

Jefferson and his parents lost power in the early morning hours on Monday and the temperatures in his apartment dropped quickly. As the morning turned into the afternoon, Jefferson realized that they were not going to get their power back on anytime soon and the cold temperatures were only going to get worse on Monday night headed into Tuesday morning. He needed firewood desperately but could not navigate the icy roads and was not sure where to turn next. I found out about Jefferson’s predicament and called him to brainstorm his options but struggled to find local firewood. Soon I received a check-in call from Tommy Richardson, who lives 30 minutes away from Jefferson on a good day with no ice or snow. Tommy said that he had a stack of firewood at his house and a Subaru that was built to drive in those conditions. One hour later, Tommy delivered the firewood to Jefferson’s apartment. Everyone in Jefferson’s family, including his new Labrador puppy, were able to stay warm by the fire throughout the rest of the blackout. Tommy’s selfless act was unexpected but not surprising for those of us who know him well.

Taylor, Caroline, and Kelly live within walking distance of each other in a quaint historic neighborhood on the southside of Fort Worth. Their proximity came in handy when the power outages began. Taylor, along with her husband and three young kids, having never lost power, invited Caroline and her boyfriend, along with Kelly, her husband and their 3-month-old baby, to stay with them until the electricity was back on at each of their homes. The already boisterous home of three young kids transformed into a bit of an adventure as the families kept warm, enjoyed great meals and conversations together, and kept serving the needs of our clients and our team members throughout it all. Ultimately, the water pipes froze at Taylor’s house in all but one sink. This forced everyone to get creative and share resources. When the power came back on at Caroline’s house, her home became the go-to place that Taylor's family used for showers and running water. I will never forget that during this winter storm, we were not only able to take care of one another but also remain in contact with three essential members of our team who kept our business running in the midst of the crisis.

What about your stories? What special way did a neighbor or co-worker go above and beyond to support someone? Where did you see humanity shine through as we came together during the winter storm or during another similar event? It's important to remember those stories as a counterweight to the clickbait headlines and finger-pointing that is once again clouding the airwaves.

Jeff Schiefelbein is the Chief Culture Officer for 5 where he oversees sales, marketing and recruiting. Jeff has a proven track record of innovation and leadership through his involvement in company start-ups, technology development, personal coaching, and strategic management. Before 5, Jeff served as the Vice President of Sales at First Choice Power. Jeff has also been nationally recognized for the creation and implementation of CARPOOL at Texas A&M University, the nation’s most successful college safe-ride program to reduce drunk driving. For his work on CARPOOL, Jeff was featured on ABC’s Volunteers Across America and has won numerous awards, including the National Daily Point of Light Award and the Texas Governor’s Volunteer Service Award. Jeff has a bachelor’s degree in Business Administration from Texas A&M University. He advises several nonprofits and serves as the President of the Board for The Highlands School in Irving, Texas. He is also a motivational speaker and the host of a monthly Catholic radio show.