On April 23, 2022, Pennsylvania became the 12th member of the Regional Greenhouse Gas Initiative (RGGI), a market-based cap-and-invest initiative that sets an allowance on CO2 emissions and requires power plants to pay to offset their carbon emissions. As part of RGGI, PA will be required to make annual emissions reductions of 3%. 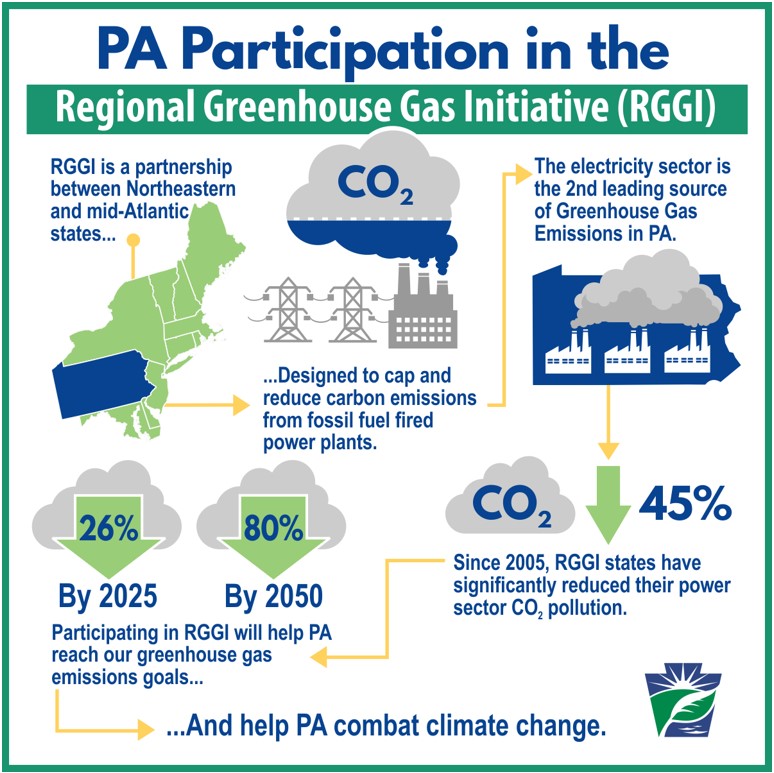 The one that got away...
While joining RGGI affects both natural gas-fired and coal-fired plants, two of the three remaining coal-fired plants in Pennsylvania have announced retirement, citing increased operating costs due to state regulations. In February 2022, Homer City Generation Station, one of the last remaining coal-fired power plants in Pennsylvania, considered the possibility of taking its units offline in 2023. Facing both environmental and economic pressure as the natural gas industry outpaced coal as a lower-emitting fuel, coal plants across the Marcellus and Utica Shale regions have been forced to retire. The 2-gigawatt power plant in western Pennsylvania announced earlier this month that it intends to continue operations. It raises the question, how is Homer City remaining open despite the regulatory uncertainty as the Commonwealth of Pennsylvania enters RGGI?

A bit of history...
Homer City is Pennsylvania’s largest operating coal-fired power plant. Sitting just 50 miles outside of Pittsburgh, the plant employs 129 workers in Indiana Township. Earlier this year, the plant reached out to the regional grid operator, the PJM Interconnection, regarding their decision on whether or not to participate in the required 2023-24 base residual capacity auction. Plant owners considered deactivating units by May 2023 for a variety of reasons, including maintenance and operation costs, coal prices, and supply. Just this past October, coal-fired generators across PJM were required to state whether they would comply with new EPA wastewater pollution regulations, estimated to cost nearly $200 million. Initially, Homer City opted to comply instead of shutting down. However, in February 2022, plant operators re-evaluated this decision and examined options for shutting the plant down.

Before the RGGI vote, Homer City announces the continuation of operations...
The driving force for revisiting a retirement decision this February was most likely Pennsylvania’s potential entry into the RGGI. Now that the state has joined the initiative, it will be the nation’s largest electricity producer to put a price and declining cap on carbon emissions from its power plants. Back in December 2020, Homer City’s environmental manager, Gary Cline, said in testimony before the Environmental Hearing Board that if “the Commonwealth joins RGGI, Homer City would be forced to shut down”. Despite the likelihood of Pennsylvania participating in RGGI, in early April, Homer City reversed that sentiment, stating that the plant will operate status quo.

Why the change of heart?
The three-unit power plant currently has the ability to generate enough electricity to power up to 2 million homes. Homer City President and CEO, William Wexler, said in a statement that they “did a lot of hard work to examine and re-evaluate the operation and economics on our Homer City units.” The plant intends to explore the possibility of onsite renewable energy opportunities as well.

"We’re proud of the investments we’ve made in the Homer City Generating Station and the work of our talented team of employees," Homer City President and CEO William Wexler said in a statement. "We look forward to engaging with the local community on alternative uses, including but not limited to, the installation of renewable generating capacity, given the significant amount of infrastructure located on the site."