Batman Believes Anything is Possible At 5 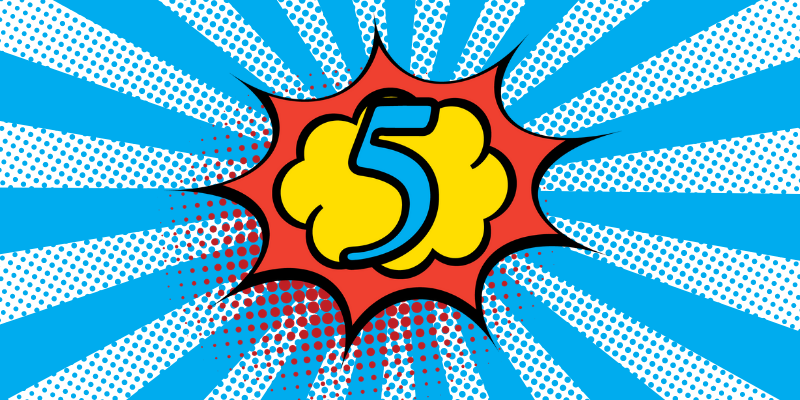 We knew from the start that our unique approach to culture building and client value creation warranted an equally special focus on the way we challenge ourselves to continuously improve. With that in mind, we applied the name Batman to all of our brainstorming and strategy creation meetings. But let’s be clear, we are not referring to the Gotham City superhero. Instead, the name Batman comes from the inspiring personal story of Daniel Kish.

Daniel has been blind since he was just 13 months old but has learned to “see” using a form of echolocation. The clicking of Daniel’s tongue bounces off surfaces and returns to him, allowing his brain to construct an understanding of the space around him in a similar fashion to those with normal sight. In his childhood, Daniel learned to ride a bike and navigate his world without assistance from others, ultimately proving that the only “blindness” in his life was the perceived limitations of other people. At an early age, Daniel rightly earned the nickname Batman for his successful use of echolocation. In 2000, Daniel founded World Access for the Blind as a platform to teach his methods so that the blind can “see” and the sighted can expand their awareness.

Through his courageous example and his refusal to accept the status quo, Daniel’s story embodies the spirit of 5. Every team member at 5, from the Founding 5ers to our newest hire, is asked to embrace this spirit of excellence as we transcend competition and push to redefine “what’s possible” in the energy space and beyond. The name Batman, like the name 5, serves as a constant reminder to our team and to the rest of our stakeholders, that we are always striving to create something special.

Businesses are usually restricted to certain limitations by the conventional expectations of others. We experienced similar skepticism when we set out to build an energy advisory company staffed with industry executives and subject matter experts that would compete against conventional brokers. We were told that a company like ours had no reason to hire load forecasting analysts, engineers, technologists, and a host of other specialty jobs. The truth is that most of the naysayers simply lacked the “vision to see” the value that would be created by such a powerful team.

So, the next time you hear a 5er say they are headed into a Batman meeting, you won’t be surprised to find a group of fully engaged strategists brainstorming solutions together, or maybe we have started providing energy advice to the real Bruce Wayne. Either way, our team is grateful to the original Batman, Daniel Kish, for his visionary leadership and desire to help others along the way.

Jeff Schiefelbein is the Chief Culture Officer for 5 where he oversees sales, marketing and recruiting. Jeff has a proven track record of innovation and leadership through his involvement in company start-ups, technology development, personal coaching, and strategic management. Before 5, Jeff served as the Vice President of Sales at First Choice Power. Jeff has also been nationally recognized for the creation and implementation of CARPOOL at Texas A&M University, the nation’s most successful college safe-ride program to reduce drunk driving. For his work on CARPOOL, Jeff was featured on ABC’s Volunteers Across America and has won numerous awards, including the National Daily Point of Light Award and the Texas Governor’s Volunteer Service Award. Jeff has a bachelor’s degree in Business Administration from Texas A&M University. He advises several nonprofits and serves as the President of the Board for The Highlands School in Irving, Texas. He is also a motivational speaker and the host of a monthly Catholic radio show.

A Texas-Sized Band-Aid for Uri