Leaves are changing and temperatures are falling, which can only signify one thing: PJM’s coincidental peak season is behind us. In PJM, there are five Coincidental Peaks (5CP) that are determined by the five highest daily peak hourly loads for the summer. Once the 5CP season comes to an end, the utilities begin the process of calculating Peak Load Contributions (PLC) and capacity costs for the upcoming year. Typically, 5CP events occur in PJM when the hourly load forecast approaches 140,000 MWs. The summer of 2022 was no different.

Figure 1 shows the 5CP events of the 2022 season and the hourly interval when they occurred. The average peak for this summer was approximately 144,700 MW between the hours of 4:00 and 6:00 PM, which is typical in PJM. The highest 5CP events happened on three consecutive days in mid-July, when a heat wave with temperatures between 90º and 95º swept across the region. The final two 5CP events occurred at the beginning of August with another round of high temperatures throughout the PJM states. Overall, 2022’s 5CP season was relatively consistent compared to last year, where the peak demand value was set closer to 149,000 MW. 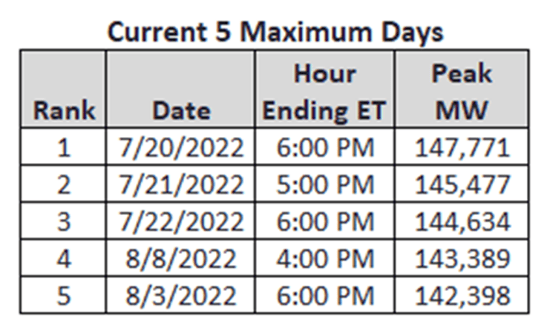 This summer, PJM capacity prices fell 32% across most of the interconnection, hitting a 10-year low of $34.13/MW-per-day (see Figure 2) for the June 2023 to May 2024 delivery year, a $16/MW-per-day decrease from the previous auction. Despite low clearing levels, pricing was largely in-line with forecasts. PJM has consistently seen an increase in power supplies coming online without any significant change in demand, making it no surprise that capacity prices cleared low. 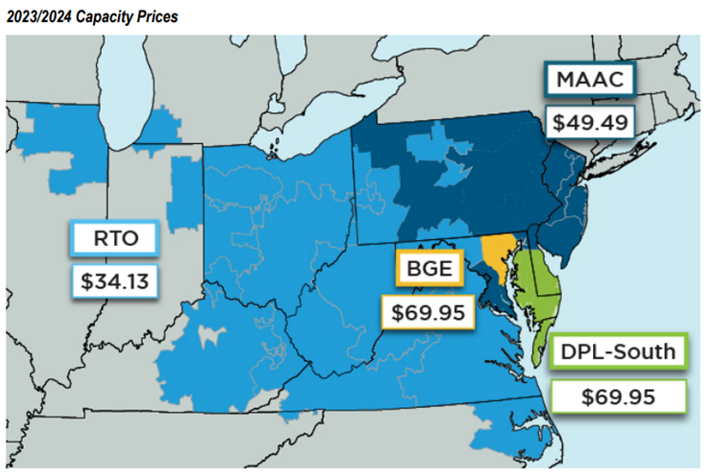 Figure 2: PJM Capacity Prices for the June 2023 to May 2024 Delivery Year from utilitydive.com

PJM purchased 144,871 MW of capacity with a surge in the amount of that capacity procured from nuclear and gas-fired generators. Failure to win capacity obligations could be the deciding factor in determining if a generator chooses to retire, which has been the case for coal-fired generators across PJM over the last couple of years. Additionally, PJM observed lower wind offers this year, with less capacity from wind resources in this latest auction.

Lower capacity prices could be viewed as a sign of relief for electric consumers in PJM. However, the benefits of lower capacity costs were almost entirely offset by extremely high energy prices. As shown in Figure 3, this summer, there were higher monthly spot prices than during the winter months. This is a highly unusual and new phenomenon driven by rising fuel costs. 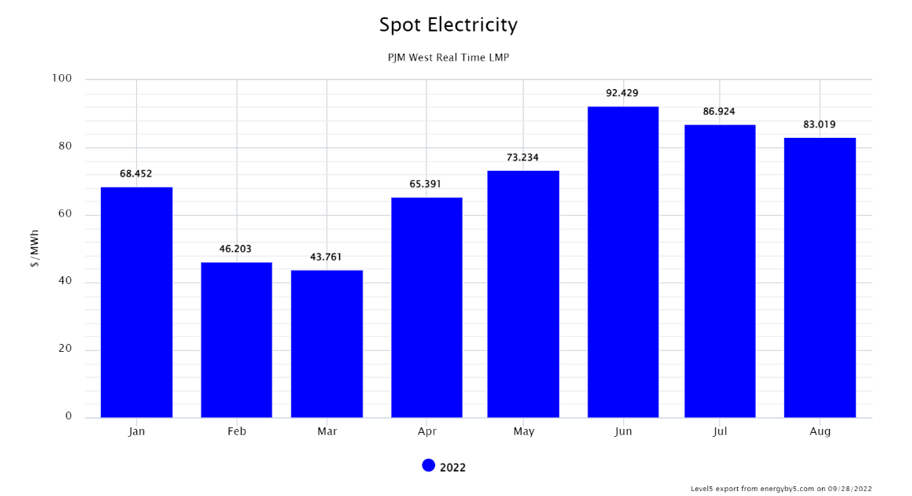 It is difficult to identify at what point wholesale power prices could fall in PJM. If anything, this summer reinforces the need for a well-informed hedging strategy as consumers face volatile markets that are not necessarily moving based solely on market fundamentals, but increasingly inline macro-economic and global market forces.