Anyone who has entered into a new electricity agreement in the last twelve months knows that prices are between two and three times higher than previous contracts. One year ago, wholesale electricity for calendar year 2023 was trading at $30.77/MWh at the PJM West hub in Western Pennsylvania. In early May 2022, it peaked at $88.35/MWh, a nearly three-fold increase. This rapid rise in electricity futures has created sticker shock for many electricity and natural gas buyers over the last year. And while this may not be news, some buyers may be surprised to learn that spot electricity prices in PJM are at their highest levels in over ten years.

Figure 1 shows monthly day-ahead wholesale spot electricity prices at PJM West going back to January 2012. Note that outside of winter price spikes in January 2014 (The Polar Vortex), February 2015, and January 2018, monthly index prices were relatively flat, trading in a range between $20 and $35/MWh. However, over the last eighteen months, the monthly spot price has increased over 500% after hitting a low of $17.28/MWh in May 2020. The three winter price spikes over the last ten years were all short-lived because of cold weather and were mostly driven by natural gas pipeline capacity constraints during the coldest winter days as opposed to consistently high energy prices. In each of the last three months, the spot price has cleared higher than any single month since 2012, outside of the Polar Vortex in the winter of 2014. 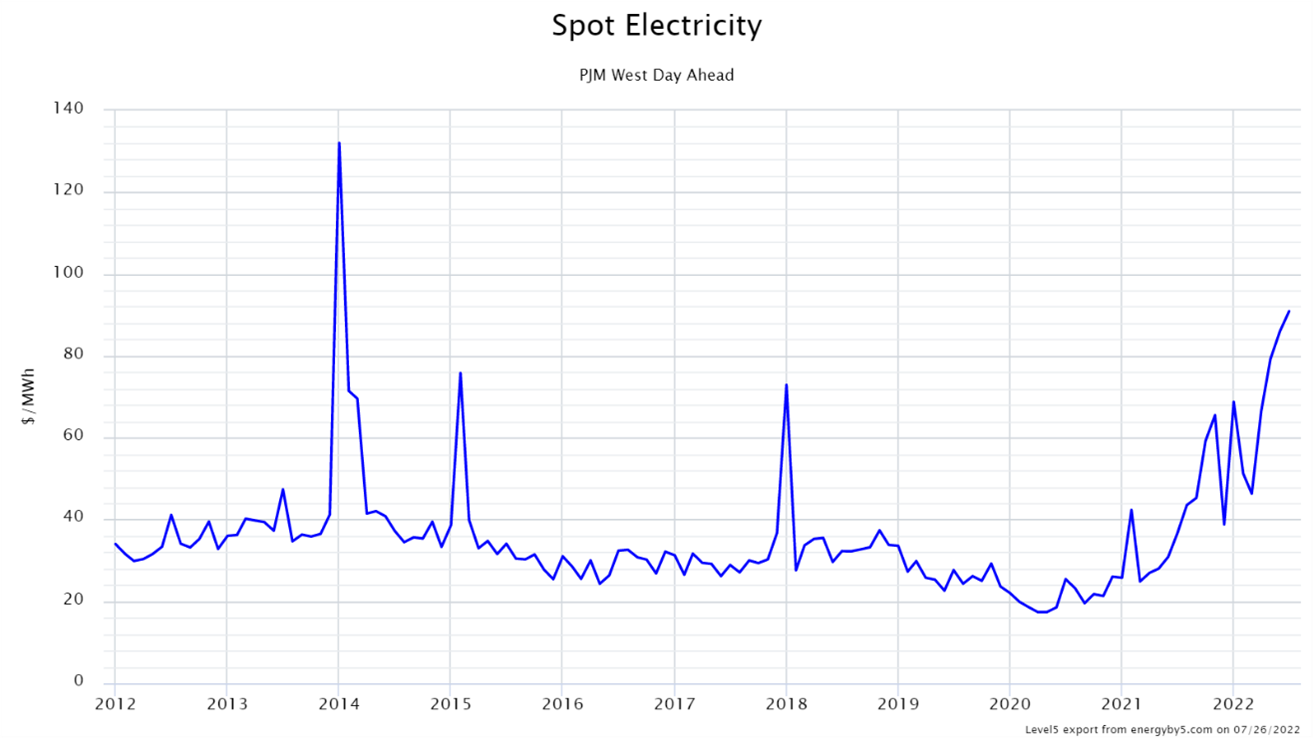 High spot electricity prices in PJM are primarily driven by high fuel prices, specifically natural gas and coal. Figure 2 shows that the price of coal has more than doubled in Appalachia and in the Illinois Basin over the last twelve months. And in PJM, coal remains a significant part of the fuel mix as shown in Figure 3. In June 2022, coal-fired generation accounted for 18.8% of PJM’s fuel mix, which was down from 24.9% in June 2021. Historically, when natural gas prices rise, utilities often try to lower overall costs by generating power from their lower-cost coal plants, and running their gas-fired power plants only when necessary to meet critical demand. With daily natural gas prices also trading between $6 and $9 per MMBtu over the past few months the economic benefits of fuel switching have been minimal, continuing the trend of large summer natural gas demand even as natural gas prices are at 15-year highs. 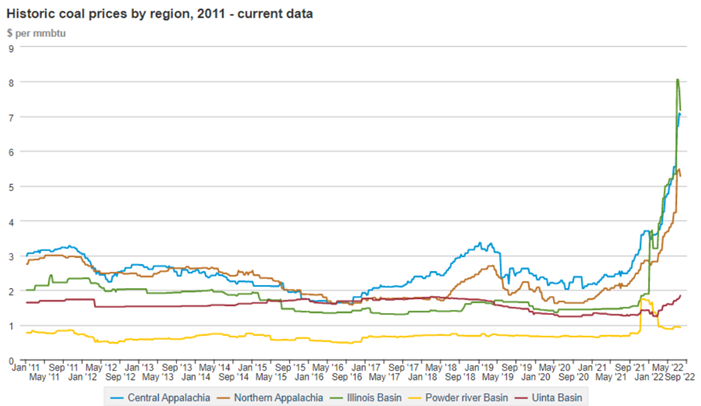 Historically, as shown in Figure 1, the greatest risks to high spot prices were in the winter. Some electricity buyers were willing to risk exposure to index prices because lower index prices in the non-winter months could offset the risk of high spot prices in the winter. High natural gas and coal prices have changed that dynamic in PJM this year. Figure 4 shows the annual average spot price at the PJM West hub over the last ten years and the first seven months of 2022. Figure 1 shows that spot prices this summer are higher than they were in the winter and that is a market phenomenon that hasn’t been seen in the last decade.

For the first seven months of 2022, the average spot electricity price at the PJM West hub was just under $70/MWh. And while we can hope that the average comes down with cooler fall weather, current fuel prices don’t suggest that they will. This data reinforces the importance of a good hedging strategy and the greater risks of leaving open electricity prices that are subject to spot energy prices. 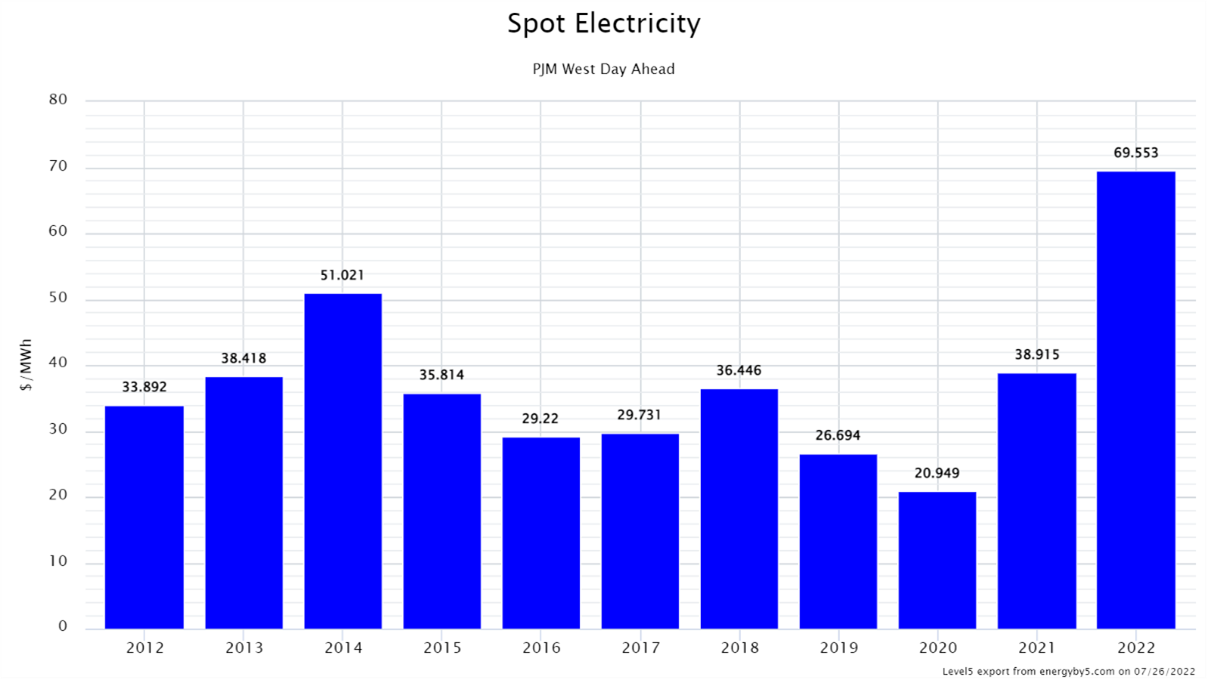