Last week, Williams Company and its partners announced that they have cancelled plans for the construction of the Constitution Pipeline.  This new 124-mile natural gas pipeline, shown in Figure 1,  would bring 650 Dth of gas per day from the Marcellus Shale to the Southern Tier of New York State.  While public opposition to this project was strong, recent favorable legal and regulatory developments suggested that the construction of the pipeline would proceed as planned.  However, Williams stated the economics of this project have recently changed in a way that there would not be a strong enough return on the company’s investment.  The unfavorable economics associated with the pipeline project are driven by a bearish natural gas market.

Five years ago, as permitting and project plans were developed, the economics of transporting gas from the Marcellus to expensive gas markets in the Northeast, including New York, were very attractive.  Today, gas prices in the Northeast have fallen dramatically because of the mild winter, strong production levels and the large amount of gas that is in storage.  These factors created an adverse risk adjusted return on the Constitution Pipeline and drove the Williams Company and its partners to terminate the project.  Read more about the Constitution Pipeline project here. 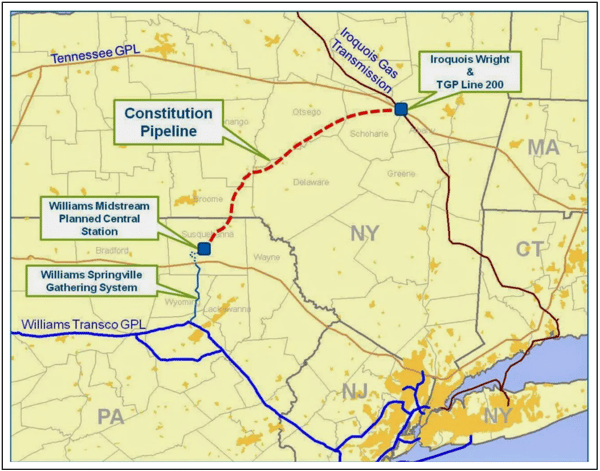 Get to Know Doris Diaz