How is the Situation in Ukraine Impacting Global and Domestic Natural Gas Markets?

On February 21, 2022, Russia declared that the Eastern Ukrainian regions of Donetsk and Luhansk were independent territories while simultaneously stating those territories were in need of Russian security forces. While this declaration and escalation did not surprise many, it prompted a number of questions and concerns around the short-term and longer-term risks to international and domestic energy markets. Russia’s full-scale invasion of Ukraine on February 23, 2022, caused international energy prices to become more volatile during overnight and intraday trading. However, West Texas Intermediate (WTI) crude prices for April delivery closed on Thursday up only around 70¢ per barrel compared to Wednesday’s closing price. Friday’s trading session also saw a slight sell-off, with prices closing around $91.50 per barrel. European natural gas futures had a stronger reaction. The large European Liquified Natural Gas (LNG) trading hub, the Dutch Title Transfer Facility (TTF) rallied up to €132/MWh (about $43USD/MMBtu) before settling down closer to $30USD/MMBtu on Friday.

In the short term, there is not much that NATO or other European countries can do other than continue to purchase oil and natural gas from Russia. With energy inventories being significantly below normal in Europe this winter, and a lack of any excess international LNG capacity, short-term energy alternatives are quite limited. Fuel switching and curtailment will likely be the only immediate alternative if the flow of gas or oil from Russia is curtailed, which as the energy markets imply, most see as unlikely at this point.

Looking past Europe’s immediate energy needs, there are alternative scenarios beyond continued dependence on Russian fuel supplies used to meet European energy needs. One viable option could be for European nations to increase their LNG imports, but those are not as easy as simply ordering another cargo ship. Most LNG supplies are procured through long-term supply agreements between the owner of the liquefaction terminal and the purchaser, which are often large utilities in countries that are traditionally, long-term buyers of LNG. Spot deliveries of LNG make up a small fraction of the total shipments and are subject to spot market prices, which can be, as we’ve seen this past winter, significantly higher than natural gas currently delivered through pipelines from neighboring counties like Russia.

With relatively limited alternatives, a push by European nations to diversify themselves from the Russian gas supply seems likely. Europe may continue to look towards the US and its multiple, large-scale LNG projects that have already been planned or approved.

The following is a list of domestic LNG export projects that have been fully approved by the DOE and FERC, have completed their Front-End Engineering Design (FEED), and have been awarded an EPC (Engineering, Procurement & Construction) contract:

These projects represent about 13.9 Bcf/day of capacity, which alone, would make these six facilities the largest LNG exporting nation. If the total domestic LNG production capacity of 12.3 Bcf/day expands by the 3 Bcf/day currently under construction, the total domestic LNG export capacity will likely exceed 15 Bcf/day by the end of 2024. This amount is just slightly larger than the total consumption of all residential natural gas used in the US. Figure 1 shows the LNG capacity already in operation (in blue) with additional output from the Calcasieu Pass (Sep. 2022 start) and Golden Pass facilities (2024 and 2025 start) already under construction (in green). Any of these projects in development will supplement the 15.4 Bcf/day capacity already planned for 2025. 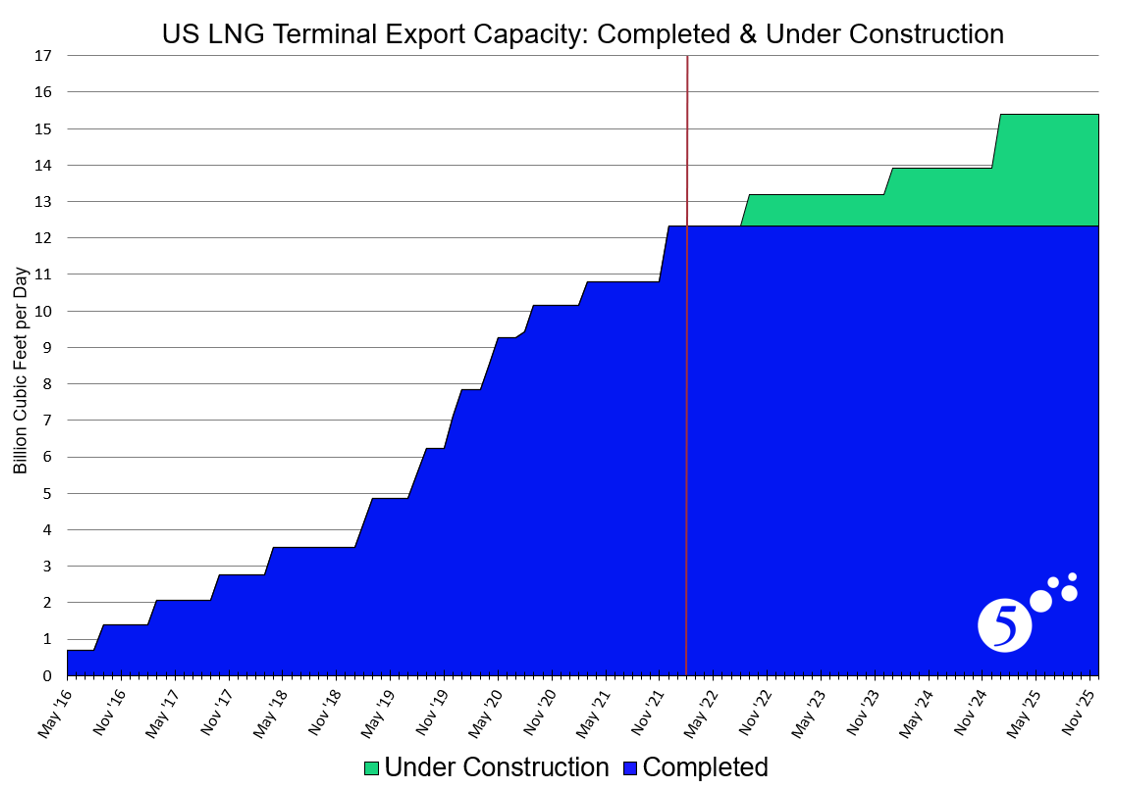 Figure 2: US LNG Terminal Export Capacity: Completed & Under Construction from 5

With so many significant bullish drivers, with both macroeconomic (unemployment rates, wages, inflation) and microeconomic factors (supply and demand, pipeline constraints, environmental restrictions), it is hard to look at the backwardated (downward sloping) forward natural gas curve shown in Figure 2 and not expect a change. It is distinctly possible that the natural gas market may be shifting to one where the forward curve is flattened or even to a more conventional, contango (upward sloping) forward curve in the not-so-distant future. Given everything that is happening both domestically and overseas, there are several signs to suggest that we are entering into a more prolonged bullish natural gas market as prices in calendar years 2024 through 2028 have been steadily rising for nearly two years. 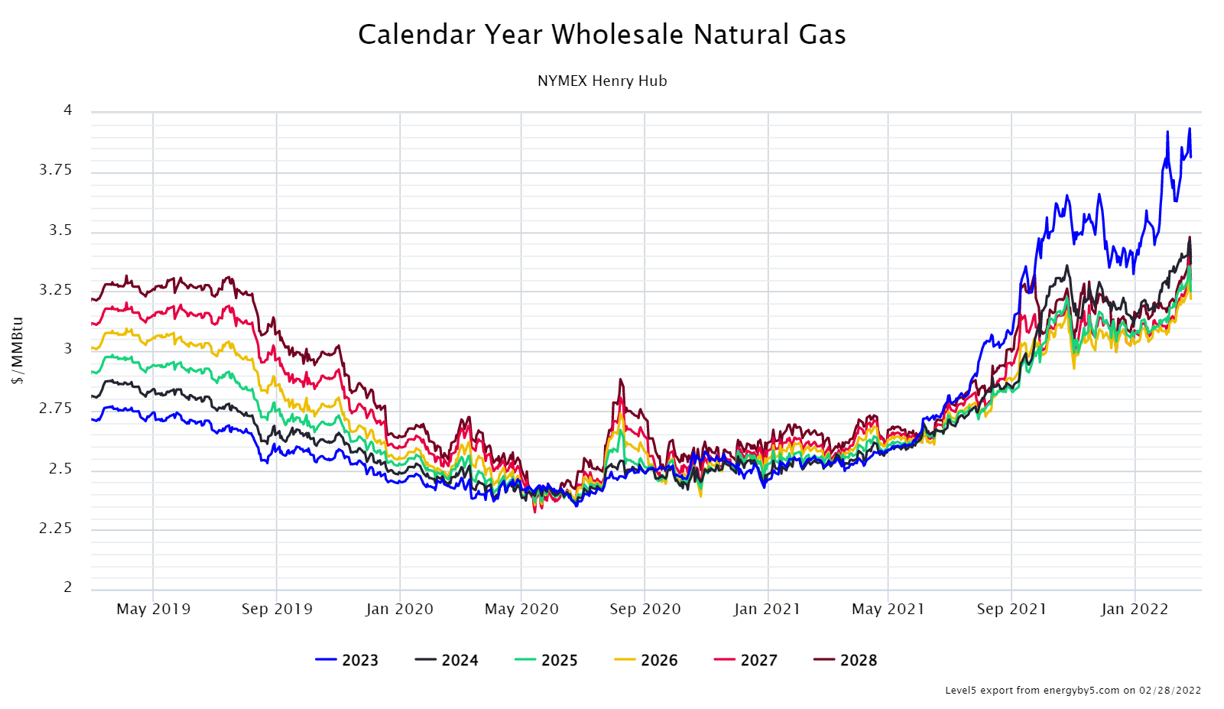