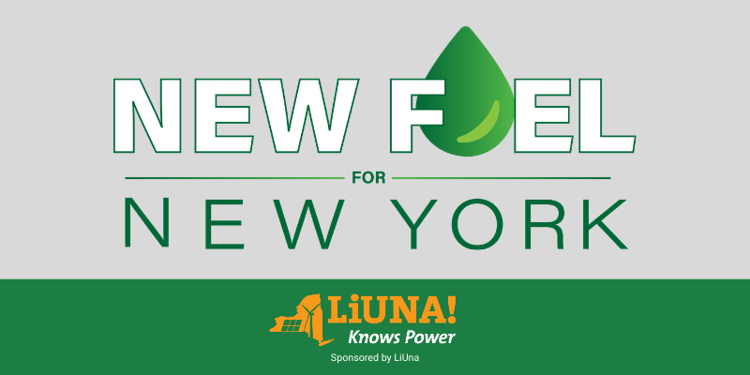 On Thursday, January 28th, businesses from across New York will come together to discuss the future of Green Hydrogen and its potential as a clean energy solution.

New York State continues to lead the nation as the center of the transition to a zero-emissions energy system. While electrification, executed in tandem with a significant expansion of renewable energy resources, has the potential to drastically reduce greenhouse-gas emissions, certain sectors of the economy may not be able to fully electrify. These more challenging sectors include manufacturing, heavy transportation, and long duration energy storage. “Green Hydrogen is attractive because of its versatility,” said Sean Ewart, Director of Regulatory Affairs for Luthin Associates and host of the New Fuel for New York Summit. “Unlike other technologies, Green Hydrogen can be stored for long periods of time and used in a host of applications that might otherwise still require fossil fuels.”

Green Hydrogen, hydrogen produced exclusively using renewable energy, currently makes up a small percentage of the hydrogen used across the world. However, efforts to create a Green Hydrogen industry are being made in New York that could create jobs, improve energy resiliency and reliability, and reduce carbon emissions.

“This is an exciting time in the history of New York,” said Catherine Luthin, President and Founder of Luthin Associates. “Green Hydrogen is a technology with great potential to deliver reduced greenhouse-gas emissions while increasing reliability at the consumer level.”

“Hydrogen plays an unequivocally pivotal role in creating a zero carbon future,” said Venkat Venkataraman, Executive Vice President and Chief Technology Officer at Bloom Energy. “More than 60 countries have committed to net-zero emissions of greenhouse gases, and nearly all of the largest utilities in the US have pledged to fully or significantly decarbonize by 2050. Bloom Energy shipped its first commercial hydrogen-powered fuel cells last year and will ship electrolyzers that produce renewable hydrogen this year - invaluable resources that will help to fully decarbonize our global energy system.”

Trish Walker, Director in Business Development for the East Region at Liberty Utilities, said, “De-carbonization across all sectors is critical in meeting New York’s climate goals and Green Hydrogen is a component that can make a clear and substantial impact. Liberty is proud to be part of this conversation.”

Bill Reid, President and CEO of Danskammer Energy, said, “Green hydrogen not only helps reduce emissions and supports New York’s climate goals, but it is also dispatchable and can support intermittent renewable energy sources. We are excited to be part of New York’s efforts to grow this innovative technology.”

Trish Walker, Director in Business Development for the East Region at Liberty Utilities.

Additionally, Vincent Albanese, Director of Policy and Public Affairs at the NYS Laborers’ Organizing Fund & PAC, will give opening remarks.