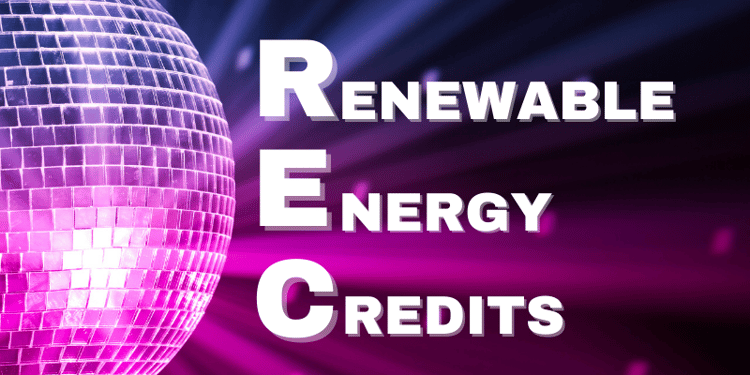 In recent conversations with clients and suppliers, we have noticed the Renewable Energy Credit (REC) has been viewed with some degree of disdain and ridicule. Some of the negative impressions associated with RECs are justified. About a decade ago, the energy industry went through an era of “greenwashing” where many companies made dubious environmental claims, and RECs certainly played a role in some of those cases[1].

And yet, even with some of the negativity, the REC undoubtedly helped blaze the trail for today’s robust market for environmental commodities driven by growing demand from both the public and private sectors. In many cases, the REC is still the most liquid[2] environmental commodity in the marketplace today. This is why RECs should not be readily dismissed by energy buyers. Energy buyers should carefully consider RECs as way to achieve their sustainability goals and targets. It is important to understand RECs because most energy buyers already pay for them in one form or another.

The story of RECs in the United States begins in Texas, which was the first state to implement a Renewable Portfolio Standard (RPS) in 1999. Texas law required that a certain amount of the electricity consumed within the state must come from a renewable energy source (such as wind, solar, hydro, biomass, etc.) at a future date[3]. A REC is a financial instrument created to provide a production-based subsidy to electricity generated from renewable energy sources. All Texas utility companies bought RECs from renewable power plants to comply with this new law. In effect, Texas was the first “compliance” market for RECs in the US. Since then, 30[4] US states, and many countries around the world, established a RPS and use RECs to comply with those standards.

From the renewable power plant owner’s perspective, selling RECs to utility companies is an additional revenue stream to help generate revenue from the asset. The REC market, however, is not a “physical” market like those for energy, and capacity, where there is a value applied to the electrons produced and delivered into the electricity grid. Instead, a REC is a financial instrument that is issued when one megawatt-hour (MWh) of electricity is generated and delivered to the grid from a renewable energy resource. A REC is the legal instrument through which renewable energy claims are substantiated in the US renewable energy market[5]. An illustration of the REC value chain is shown in Figure 1.

It is important to note that only one entity can make a claim to any single REC. For example, if the renewable power plant owner sells the future RECs to be generated from their facility over the lifetime of the asset as part of financing the project, that owner cannot claim the environmental attributes of the asset in any way. This is prohibited because those environmental claims would have been sold, along with the RECs, to the lender. A certifying agency, such as Green-e, tracks the ownership trail of RECs to increase transparency and the credibility into the environmental claims made by those who purchase RECs. These agencies assign a unique identification number and registry to track every REC through its lifecycle from its production at the renewable asset to its retirement by an end-use electricity customer. This detailed audit trail ensures that RECs are properly tracked, accounted for, and not double counted. RECs are retired when the instrument is used by the owner for a specific purpose, such as complying with a state RPS mandate, or making a public environmental claim pursuant to the attributes of that REC. Once a REC is retired, it may not be sold, donated, or transferred to any other party and no party other than the owner may make claims associated with retired RECs[6].

From the electricity customer perspective, utilities and suppliers pass on the cost of “compliance” RECs in the form of a “green charge” on monthly invoices. For some, this charge is embedded in the contract price for electricity supply. For others, it may appear as a unique line-item on a bill. Anyone in the 30 US states with RPS mandates is paying for RECs in the form of an additional charge added to the retail electricity price.

Unlike compliance RECs, there are fewer restrictions on voluntary RECs. For example, the US has multiple, independent electricity grids that are interconnected to some degree. This allows RECs to be sourced from one part of the country and applied and counted (or “claimed”) against electricity consumed anywhere in the country. There is an established, over-the-counter market for RECs where banks, brokers, traders, and end-users such as utilities and competitive suppliers all transact with one another. Also, in the voluntary REC market, a wide variety of instruments are available to meet any level of specificity (e.g. renewable fuel type, project geographic location, certificate vintage, etc.) that the buyer desires depending on the public claims they wish to make with their purchase.

Figure 2 shows the growth of each of the two primary REC markets in the United States from 2010.

Figure 1: Growth of the two primary REC markets in the US from 2010 from energy.gov

At 5, the major determining factors that we utilize to help frame the opportunities in the voluntary environmental sustainability markets are: 1) geographic location of the facilities in question (i.e. state, or multi-state region); 2) size of the annual electricity requirements; and 3) specific sustainability targets established by the energy buyer, when applicable.

For most organizations, REC purchases are almost always the starting point on their path toward more sustainable operations. This financial instrument has a long track record of decarbonizing electricity generation through a market mechanism for energy buyers to make environmental claims that supports renewable power projects. Compliance and voluntary RECs are growing and rapidly changing. New attributes are being assigned to RECs at the request of large corporate buyers, like those in the RE100 (a global group of businesses committed to 100% renewable electricity). There are also emerging markets for other types of environmental commodities beyond RECs, such as Carbon Offset Credits, which generate their own set of unique environmental claims related to “net zero emissions”. This is an exciting and evolving space within the energy industry, and it is one that 5 is well-equipped to navigate for our clients.

[2]In the context of RECs, by “liquid” we mean widely available, verifiable, transparent, and easily reported.