How High Will Natural Gas Fly?

There’s nothing like ending the month with a bang, which seems to be the trend for the settlement of the NYMEX Henry Hub prompt month natural gas contracts over the last three months. For most of August, the prompt trading month (September) was slowly churning lower, see Figure 1. By the middle of the month, prices even fell below the $3.90 to $4.10 per MMBtu trading range that was established in late July.

By August 19, prices traded as low as $3.75 before bottoming out and attracting more buyers, signaling that the $3.80/MMBtu support level was a fairly strong floor. The next few days saw a slight rally with warm temperatures across all the major electricity markets and global rallies in LNG prices. By August 26, the market seemed comfortable at about $3.90/MMBtu, looking for the next catalyst to push the market higher. That catalyst was delivered in droves on that Thursday morning. 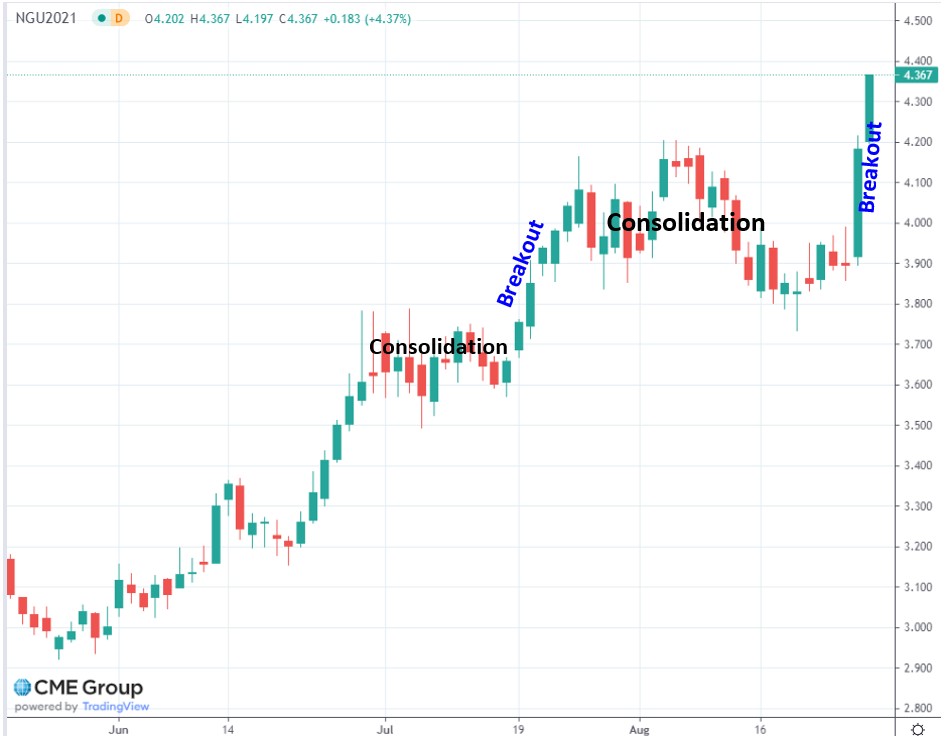 Starting early in the morning on August 26, the National Hurricane Center (NHC) started to push the track of newly forming Hurricane Ida further east and away from the Texas/Louisiana border. The NHC also increased the probability of a higher intensity storm, as Ida was expected to become a major hurricane by Sunday, August 29.

Fundamentally, this slight shift in Ida’s track to the east does three things that might cause natural gas prices to rally:

Also, on Thursday, August 26, the EIA released its Natural Gas Storage Report for the week ending August 20. The market was expecting a build in storage inventories of approximately 39 Bcf of gas. The market was considerably shocked when the report showed a build of only 29 Bcf, the lowest build for this week of the year compared to the past 5 years. This continues the trend of the lowest average weekly summer injections into storage since the summer of 2017, when as a country, natural gas production rates (See Figure 2.) were 20 Bcf per day less than today. 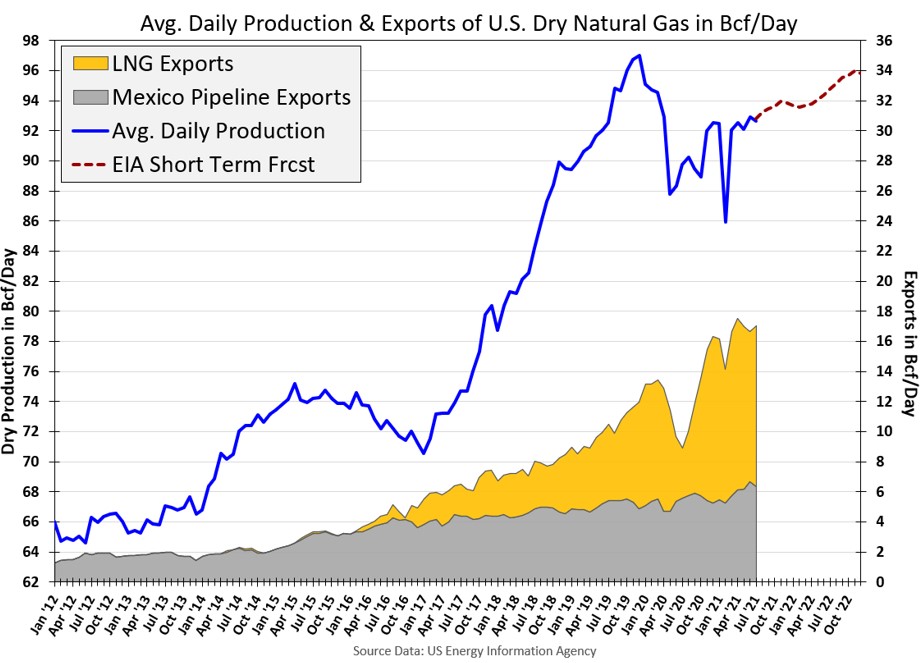 Figure 2: Average Daily Production & Exports of US Dry Natural Gas in Bcf/Day from 5

The net impact of all these bullish drivers has created strong market corrections during trading sessions on August 27 and 28, with prices for the September contract rallying about 40¢ per MMBtu. January’s contract is now at approximately $4.60. With warm weather and high electricity demand across most of the country this past week, and the large quantity of natural gas used for electricity generation, we are expecting another smaller-than-normal injection next week.

Given the recent trends of strong rallies right near prompt month contract expiration, followed by stabilization and consolidation, we expect to see the gas market establish a new trading range near $4.40/MMBtu. The previous consolidation level may become the new support (floor) level and where prices could return if market sentiment turns bearish as temperatures start to cool across the country heading into the fall.