Get to Know Ben Steed 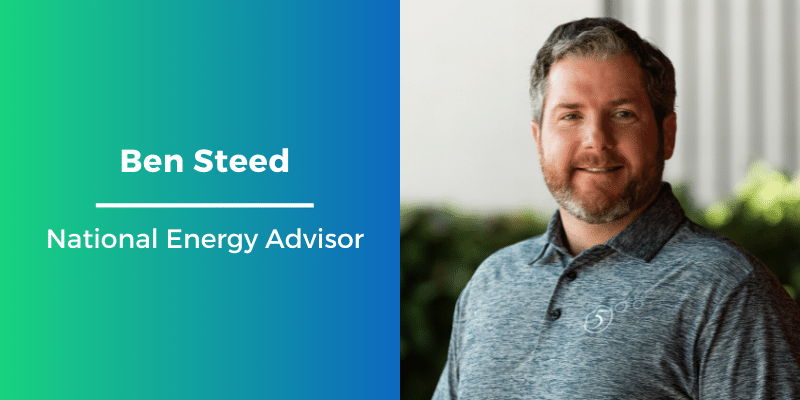 In many ways, Ben Steed personifies what it means to be an entrepreneur. He was born and grew up in Henrietta, Texas, which is about 120 miles northwest of Dallas. Ben and his family lived on a 100-acre farm where they raised livestock and grew pecans. Like many farmers, he worked long hours with his brothers and often got up at 4 AM to begin the work necessary before heading off to school in the morning. The long hours of hard manual labor in working the family farm instilled a tireless work ethic in Ben that he has taken with him throughout his life.

In high school, Ben was the student council president, a member, and President of the Future Farmers of America where he raised lambs for show, played football, tennis, and golf, and was valedictorian of his graduating class. After high school, Ben received a full academic scholarship to Texas A&M University where he studied finance and was chairman of his fraternity, Lambda Chi Alpha.

Ben chose to study finance because he was always good at math, and while he considered going into investment banking, he realized that he was an entrepreneur at heart and knew that he ultimately wanted to start and run his own business. While in college, Ben got his commercial driver’s license and drove a bus every morning, went to class during the day, and waited tables at night. After graduation, he entered an executive training program for a national retail department store chain. Ben quickly realized that this kind of environment was not right for him, which led him into the construction business where he worked with his brother to build custom homes. In the late 2000s, Ben began to sell electricity to residential customers and provide energy consulting services for small businesses.

Ben’s talents and financial acumen pushed him into energy consulting for larger commercial and industrial clients. Realizing he needed a more robust platform to support these types of customers, Ben joined 5 in May 2013. Today, Ben serves clients throughout the US and in almost every deregulated market. His clients include national restaurant chains, large health care, and hospital systems, commercial real estate groups, automotive groups, manufacturers, financial institutions, and insurance companies. Across all of Ben’s experiences, he has never forgotten his roots on the farm as he leverages his determined personality to work hard and advocate for his clients.

Ben lives in Dallas with his wife Maygan and their two children, Jack and Ella. In his free time, he enjoys snowboarding, golf, and fishing. Ben is also an avid reader, focusing on biographies and other works of non-fiction, as he studies the successful habits and traits of others. If he were stranded on a desert island, you would likely find Ben with a book on Psycho-Cybernetics and a collection of music from George Strait and the Cranberries.

How to Purchase Power in a Bull Market

See Ya Next Time, Summer. A Market Reflection.