Crude is Up and Gas is Down (A Little)

Last month, we reported that while short-term crude prices were near 20-year lows, natural gas futures prices for the year 2021 were reaching 24-month highs. The rally in natural gas prices in 2021 was primarily driven by the fear that a slowdown in crude oil production from reserves, such as the Permian Basin, would produce less natural gas, which is a by-product of the crude oil extraction process.

This past month, we have seen a decent reversal in the prices of both commodities. Figure 1 shows how crude oil futures for July delivery have traded over the last several months.  Crude oil futures prices for July (now the prompt month) are trading around $34 per barrel.  While this is significantly less than where it was trading in late February (between $48 and $52 per barrel), the price of crude has nearly doubled from its low of $17 to $18 per barrel in late April. 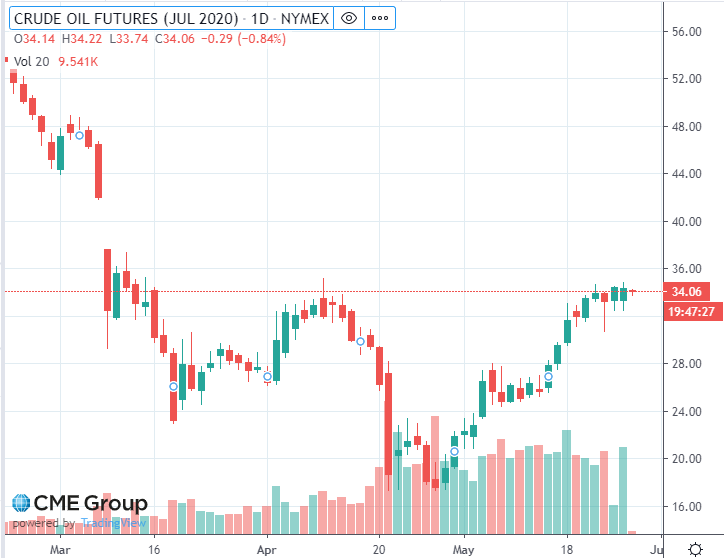 Lately, natural gas prices have struggled to sustain any rally as prices approach and increase beyond $2.00 per Dth. Futures prices for calendar year 2021 are reacting quite differently as shown in Figure 2. This chart shows that prices for calendar year 2021 (blue line) have come down from the 24-month high set on May 5th of $2.77 per Dth, and are now trading 10¢ lower at $2.67 per Dth. This has produced a steep backwardation (prices get less expensive into the future) in gas prices into 2022 and 2023 of 20¢ and 9¢ per Dth, respectively. 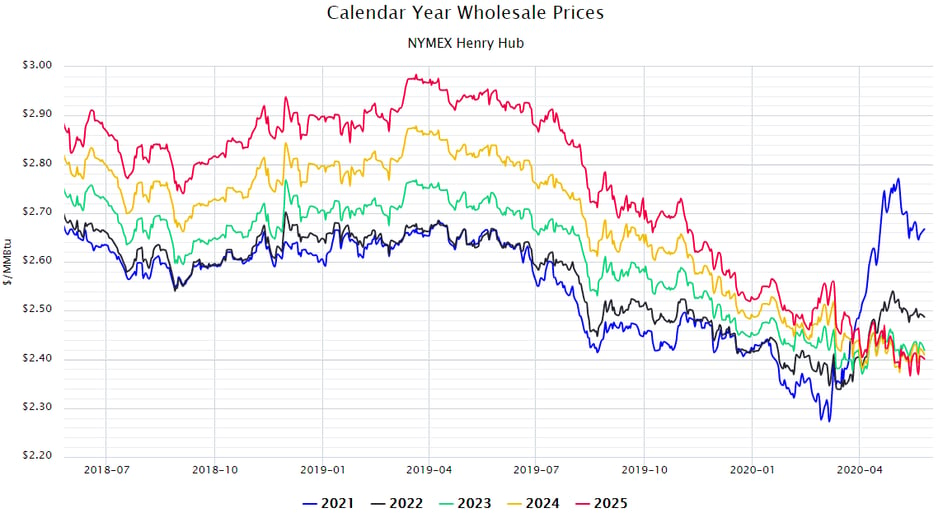 The U.S. Energy Information Association (EIA) is predicting that natural gas storage levels will be close to their capacity by the end of the year. Figure 3 shows the current storage levels (red line), the forecasted storages levels (dashed red line) and the five-year historical range (grey line). This data from the EIA predicts that the amount of natural gas in storage will exceed its 5-year range by late October or the beginning of November.   Based on the EIA’s most recent Short Term Energy Outlook (STEO), is it possible that natural gas prices for 2021 could come under significant downward pressure over the next few months. If that happens, it is also likely that the outer years (2023 – 2035) could also see their trends reversed, and start to move up as sustained low natural gas prices could continue to remove incentives for natural gas producers to spend any capital investments in future production. If this happens, it is possible to see a reversal of the highs we are experiencing in 2021 and in the lows we are seeing in 2025. 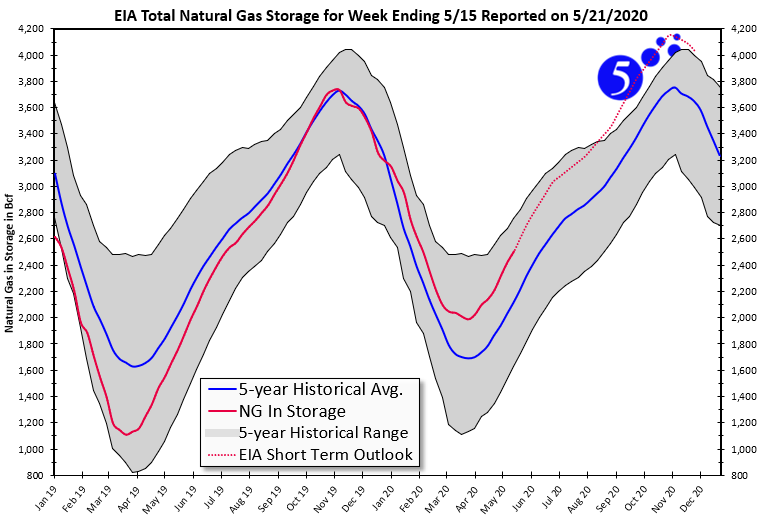 5 Secrets That Drive Our Thriving Culture