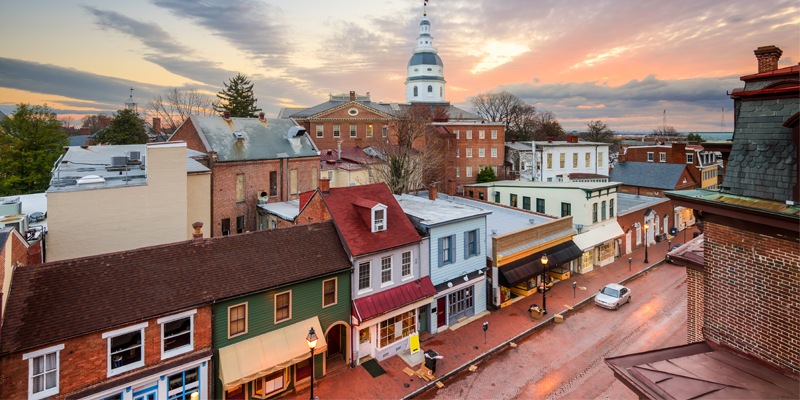 In February 2019, Maryland’s state legislature introduced Senate Bill 516.  This bill was passed by the Maryland Assembly and became law in May 2019 without Governor Hogan’s signature.  This new law, known as the Clean Energy Jobs Act, increases the state’s Renewable Portfolio Standards (RPS) to 50% by 2030 and includes a mandate that 14.5% of its electricity come from solar sources by 2028.  This law also puts a plan in place to increase the RPS to 100% by 2040.  In addition to the state’s new RPS, the Clean Energy Jobs Act would develop one of the most aggressive offshore wind programs in the country which will create 1,200 MWs of generating capacity.  By comparison, the nation’s only other active offshore wind project produces 30 MWs from 5 wind turbines off the coast of Rhode Island.

The Clean Energy Jobs Act, which will take effect on October 1, 2019, will increase electricity costs for all customers in Maryland.  This new law not only mandates that 50% of the state’s electricity must come from renewable power sources such as wind and solar but it also requires the state’s utilities to subsidize those solar and wind farms.

Electricity from offshore wind sources can be two to three times the cost of electricity from non-renewable sources.  A detailed analysis of the Vineyard Wind project in Massachusetts puts the adjusted long-term price of the power at $98/MWh. This is dramatically less expensive than the initial Power Purchase Agreement for the 30 MW Rhode Island wind farm which was $244/MWh.  However, even at $98/MWh, offshore wind remains expensive compared with other sources of power generation. For example, wholesale electricity for delivery in 2028 trades at the following levels:

While these new requirements will increase electricity costs in the short-term, the longer-term goal is to promote the development of new, more economical and sustainable sources of electricity that can replace older fossil fuel generating stations.  Critics argue that if these renewable technologies were economical now, or in the future, they wouldn’t need to be promoted through forced mandates and subsidies that get passed on to electricity customers throughout the state.  Other critics of the new law claim that this legislation doesn’t do enough to combat climate change and that the millions of dollars in annual utility subsidies doesn’t necessarily equate to new jobs in the state.

The increased cost of complying with the new law is significant.  5 estimates that the incremental cost will be approximately $3.00 to $4.00 per MWh. A client that uses 5,000 MWh/year (5,000,000 kWh/year), can expect to pay an additional $15,000 to $20,000 per year because of the new law.  It is worth noting that there is a provision in the new legislation that excludes retail electricity contracts that start before October 1st from being subject to these cost increases.

Clients with facilities in Maryland interested in learning more about how to avoid these higher electricity costs can register for a webinar, hosted by 5 that will go into more detail about these opportunities.