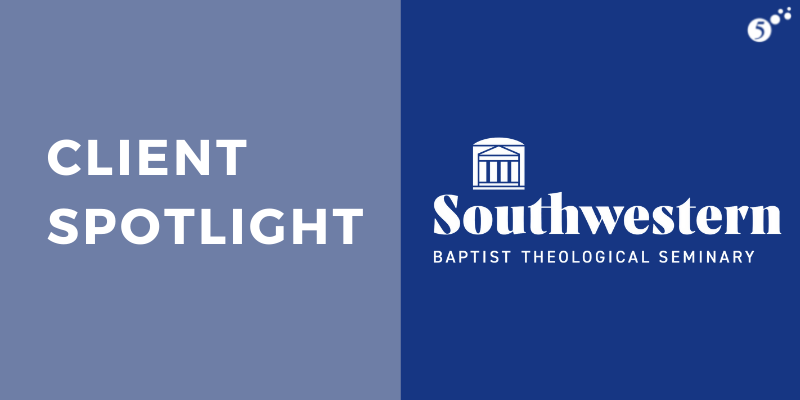 Southwestern Baptist Theological Seminary in Fort Worth, Texas, is one of the largest seminaries in the world. It was founded in 1908 in Waco, Texas, and moved to Fort Worth in 1910. The Seminary is a non-profit institution that is an entity of the Southern Baptist Convention. Today, the Seminary educates over 3,000 students from across the United States and 45 countries throughout the world, offering bachelor, master, and doctoral degrees in a variety of biblical, theological, and pastoral disciplines.

5 has been working with the Seminary’s purchasing staff to make measured purchases over time, which has lowered operating and energy expenses by more than $5.3MM. In 2013, the first long-term contract was signed, which capitalized on the inexpensive power in the forward electricity markets at that time. 5’s market analysts continue to work with the Seminary’s team to identify and capitalize on these unique forward market opportunities as this proactive approach has already made a significant impact on lowering operating costs for the decade-plus.