The state of New York has been aggressive in its attempts to de-carbonize the state’s economy.  Its goal is to reduce carbon dioxide emissions 40% by 2030 and 80% by 2050 relative to levels in 1990.  Every kilowatt-hour of power used by both businesses and consumers relies on the output of a power plant to make that electricity.  The New York Independent System Operator (NYISO is the public entity responsible for managing the state’s electricity grid), realized that the state’s wholesale electricity markets were not aligned with the state’s vision for reducing carbon dioxide emissions.

In 2018, the NYISO developed a proposal that would integrate the competitive electricity markets with the state’s aggressive public policy goals.  This proposal sought to establish a “carbon tax” on electricity produced from fossil fuel generating plants.  The concept is to create economic incentives for the development and investment in electricity produced from renewable sources (e.g.: solar, wind) while economically penalizing the output of any generating asset that emits greenhouse gases.  This proposal to align the wholesale power markets with the state’s public policy objectives is known as carbon pricing.  New York planned to implement carbon pricing in 2022.

The wholesale electricity markets reacted dramatically when the carbon pricing proposal was released in 2018.  Figure 1 shows the trading history for electricity in calendar year 2022 in New York City.  The sharp increase in power prices coincided with the NYISO’s release of its carbon pricing proposal in the spring of 2018.  Electricity futures in New York City rose by approximately 35%. Similar cost increases were observed in other regions of New York State in the wake of the new carbon pricing plan.  The proliferation of natural gas fired power plants in New York State was one of the primary drivers for this substantial rise in power price futures. And while there are substantial amounts of wind and hydroelectricity generated in upstate New York, the state’s biggest electricity demand is downstate where those renewable power generating sources are limited. 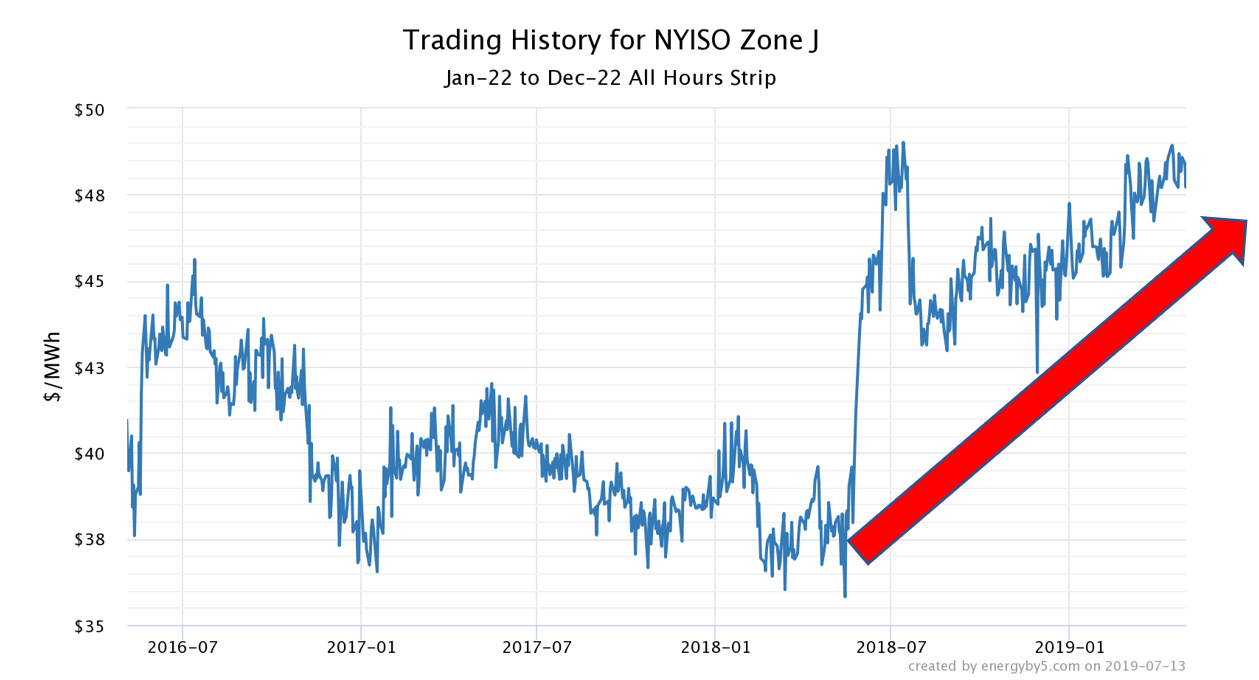 Recently, doubts have been raised about whether the carbon pricing plan will actually be implemented.  There are many stakeholders in the implementation process and there does not appear to be a consensus around the specifics of the new market rules. The practical implementation of the carbon pricing plan and its associated market rules have proven to be very complex compared to other, simpler alternatives to achieving the goal of reducing carbon dioxide emissions.

The uncertainties around this carbon plan has caused forward prices in New York State to collapse.  Figure 2 shows the trading history of wholesale electricity for calendar 2022 in New York City over the last several months.  Forward prices for calendar year 2022 have dropped by approximately 25% and are close to where they were before the NYISO’s carbon pricing proposal was released last spring.

The sharp decline in the forward prices for 2022 shown in Figure 2 are also observed in calendar years 2020 and 2021.  Figure 3 shows wholesale calendar year prices for electricity in New York City for 2020 (black line) and 2021 (blue line) – note that both years have fallen by about 20% over the last several weeks. 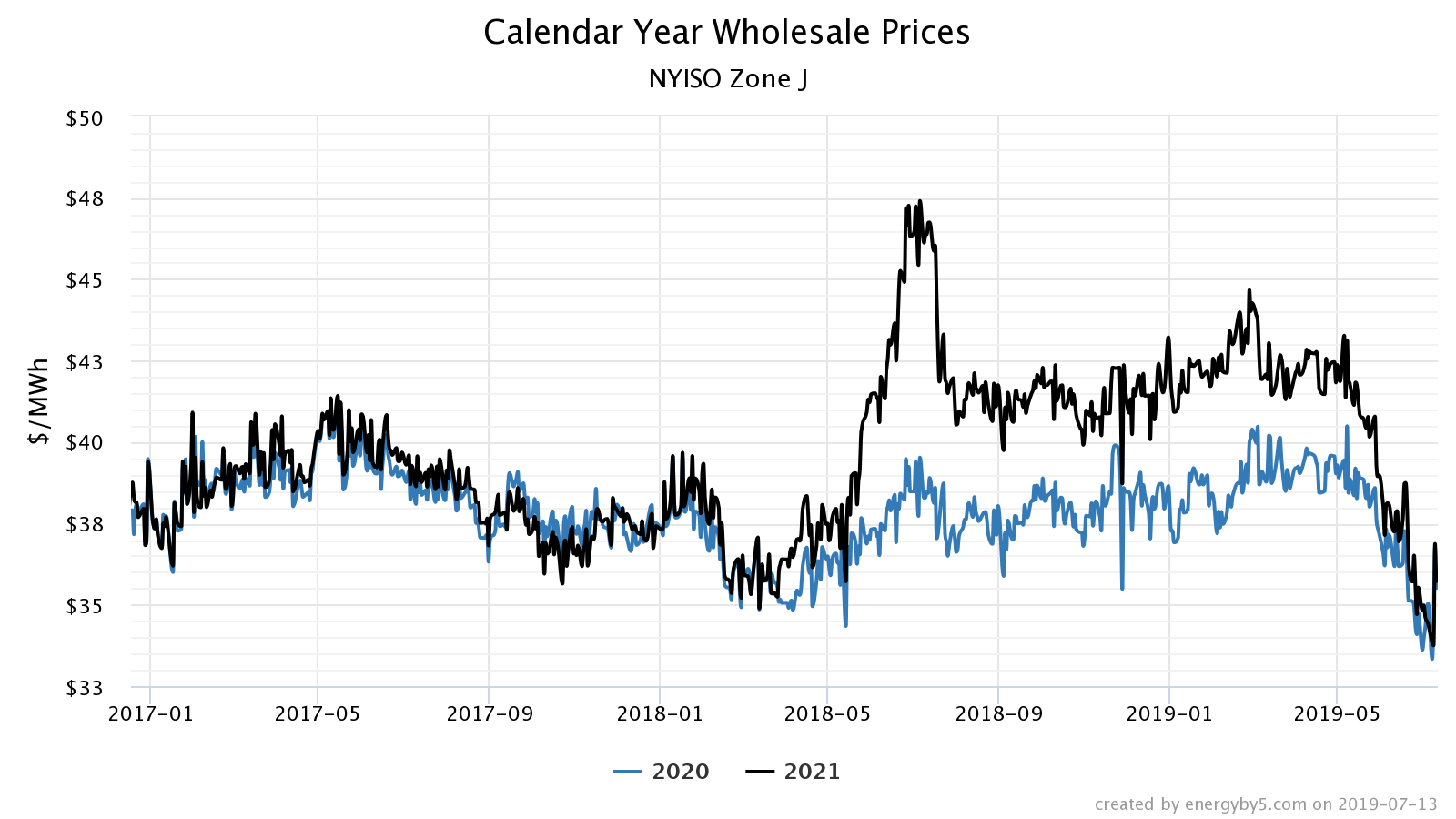 Clients who need to purchase electricity in calendar years 2020 and 2021 in New York (especially New York City) should capitalize on these falling electricity prices.  We believe that the ambiguities around the state’s carbon pricing plan have created the bear market conditions in 2020 through 2022.  Whether or not stakeholders can agree on the carbon pricing plan market rules and regulations remains to be seen.  As with all things, uncertainty can create both volatility and opportunity.  Clients should take advantage of this drop in forward power prices in New York State while the NYISO and its stakeholders sort out the rules and details around the carbon pricing plan.