The All-Electric Building Act, known as New York S6843C, has died on the proverbial vine without getting a vote from the full New York State Senate or Assembly.

The bill’s introduction came on the heels of New York City’s Di Blasio-backed ban on natural gas in new buildings, which forces construction to turn to electricity for power. The All-Electric Building Act went a step further by proposing a ban on fossil fuels used for combustion in any new construction state-wide. Figure 1 shows that the residential sector comprises over 32% of the state’s energy consumption, while Figure 2 illustrates that natural gas is the most highly consumed fuel source, by a wide margin. 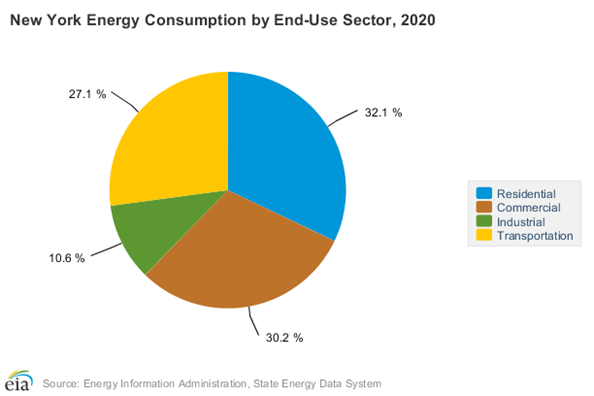 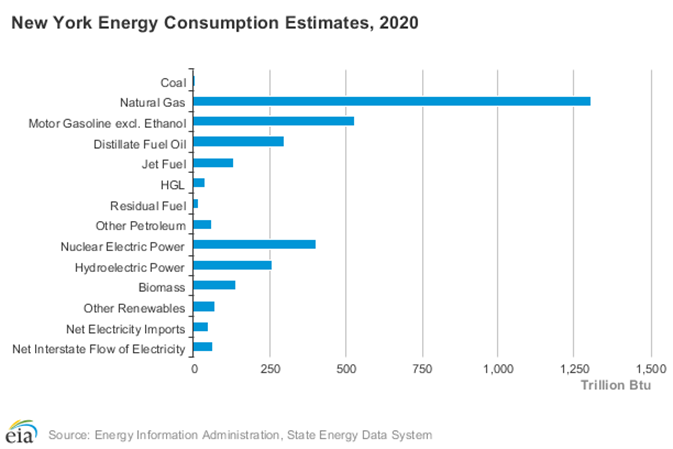 Proponents of the bill, including New York Governor Kathy Hochul, argued that the measure would help New York State move further toward the current target of deriving 70% of its electricity from renewables (wind, solar, hydro) by 2030.

Strong lobbying efforts by groups like New Yorkers for Affordable Energy, made up of energy companies, utilities, and labor unions, seem to have worked in convincing legislators that the increased costs associated with electrification outweigh the green benefits. It will be interesting to see which candidates prevail in the upcoming elections.