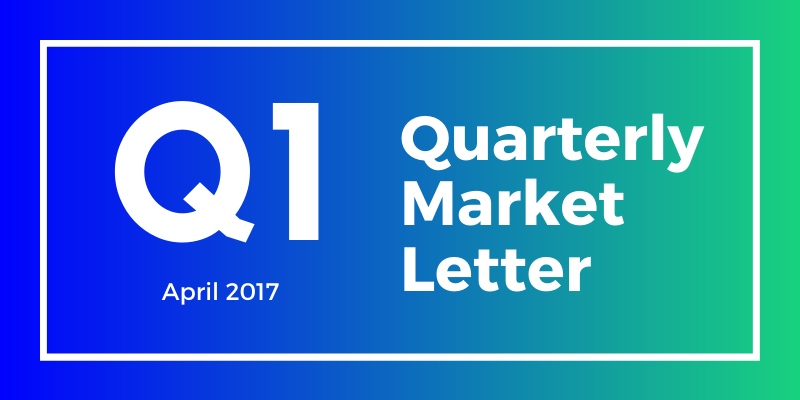 On behalf of the team at 5, I am pleased to forward our market letter for the first quarter of 2017. This quarter marks 5’s fifth anniversary. While I try to avoid marketing in this letter, I cannot help but mention our most recent award, being named the 2nd best place to work in the State of Texas. When added to our other awards, this speaks to the unique company we are all building at 5. 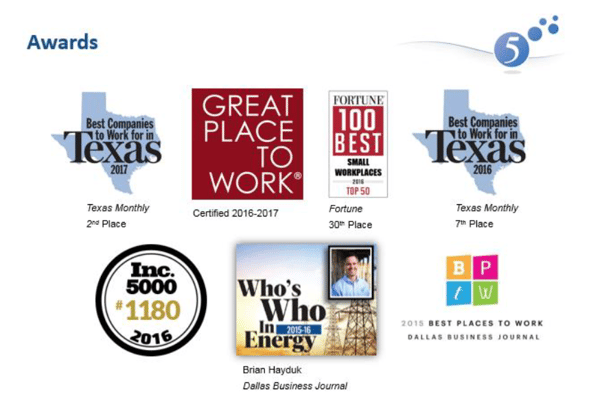 After five years of writing these letters, I continue to be surprised by the fundamental changes occurring each quarter in the energy space. In this issue, I focus on several: (i) negative wholesale electricity prices in California, (ii) electricity shortages and historically high electricity prices in Australia, (iii) the continued expansion of new generation in the US despite excess supply, mild winters and declining power prices, and (iv) the bankruptcy of nuclear power developer Westinghouse.

I remember watching prices skyrocket in California during the 2002 energy crisis. Driven by a combination of low hydro levels, environmental regulations, and market manipulation, prices rose, turning trading screens into a sea of flashing red lights 1. Back in those days, it was not unusual to see real-time electricity prices over $1 per kWh, and forward prices in excess of $0.20 per kWh. 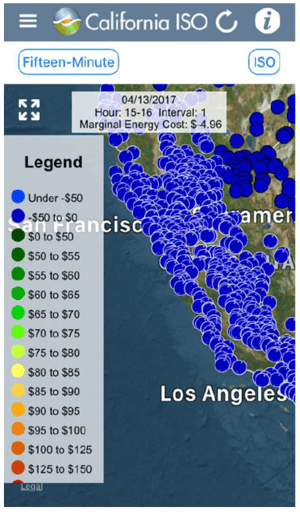 As I was writing this letter, I clicked on the CAISO (the California grid operator) app on my iPhone to check the real-time electricity price in California. The screenshot below tells the current story. Each dot shows the price of electricity at a specific trading hub at 3pm CT on April 13th.

As you can see from the legend, blue dots mean negative prices. In every specific pricing point (each a circle) the price is blue, between $0 and -$50 per MWh. A negative price means that the system operator is willing to pay generators to not produce electricity. Those of us who were in the market in 2002, find the current market price of electricity hard to believe.

The development of wind and solar power has fundamentally transformed the California energy market. Solar capacity has grown from less than 1 GW in 2007 to nearly 14 GW by the end of 2016. Wind generation adds another 6 GW of energy supply. As solar and wind do not have any fuel costs, they run when the sun shines or the wind blows, even if the market price is very low. The pressure on prices is compounded by the hydro situation. Typically, the owner of a hydro power plant will store water in its reservoir when prices are low, and plan to release the water through its turbines when prices are high. There was so much rain this winter and spring that the reservoirs had to release the water to avoid overflowing. These releases added even more power to an oversupplied grid, and the current high levels in the reservoirs create additional downward pressure on prices.

The chart below shows the generation mix and market price on March 11th. As you can see, the average hourly electricity price was negative between the hours of 7am and 3pm. 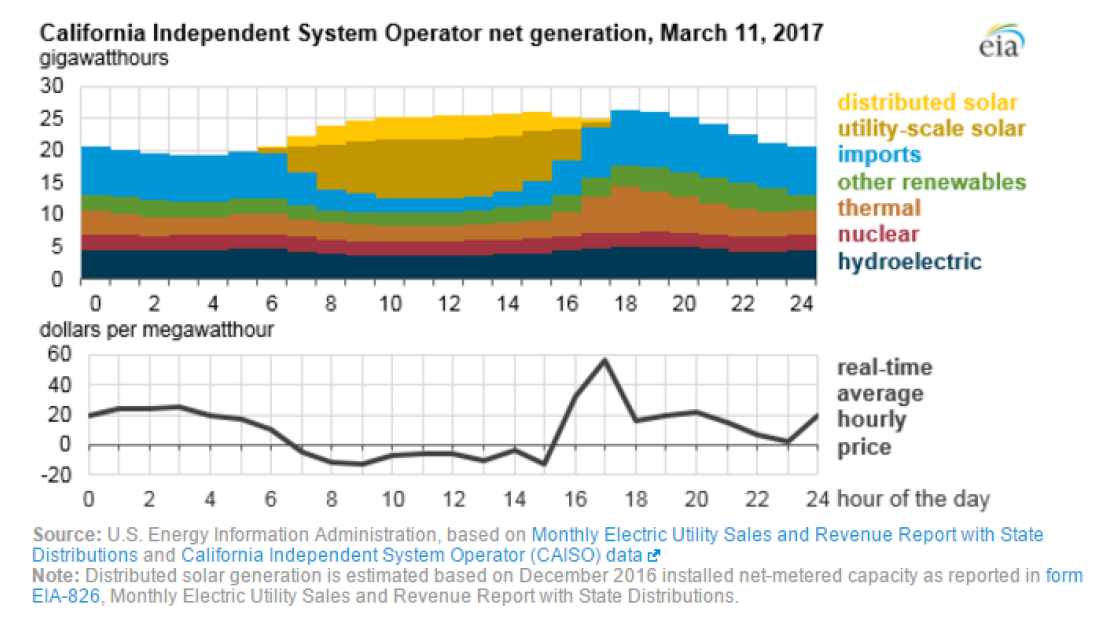 The current situation in California is expected to continue for the foreseeable future. In fact, the CAISO recently warned that they may need to curtail from 6 GW to 8 GW of generation this spring. The named culprits, significant hydro generation and additional central and rooftop solar generation.

In Australia, using wind and solar generation to replace coal power plants that burn domestic coal has had the opposite result. The recent closure of the Hazelwood coal plant in Victoria, and the Port Augusta plant in South Australia, apparently caused a dramatic increase in the market price of electricity.

In the late 1990s, I worked on a bid to purchase the Hazelwood plant and adjacent mine. Fortunately, our company lost out to a UK company, International Power, who paid almost $2 billion for the plant. Earlier this year, the current owners of Hazelwood, Engie 2, closed the plant for good. Another 3.6 GW of Australian coal fired power plants are scheduled to be closed. In the Australian Energy Regulator’s 2015 report 3, issued in early 2016, reasons stated for the closing of coal fired plants included: (i) reductions in energy demand, (ii) low wholesale energy prices, (iii) a carbon tax (repealed in 2014), and (iv) government incentives for wind and solar generation.

As the chart below shows, the wholesale price of power has more than doubled since Engie said they were closing Hazelwood. In some instances, spot market prices have soared to $14,000 per MWh (or $14 per kWh), levels comparable or above prices seen at the height of the 2002 California crisis.

Australia is now exploring all options to address this crisis, including the installation of large battery storage systems.5 This has attracted the attention of battery manufacturer Tesla, and its CEO, Elon Musk. Using Twitter, Musk offered to install 100MW of batteries within 100 days at a price of $250 per kW or $25 million, boasting that if he did not deliver the batteries within 100 days, the cost would be $0. This attracted Mike Cannon-Brookes, an Australian billionaire, to take up Musk’s offer. Their tweets are pretty entertaining:

The current crisis in Australia should remind all US market participants of the risk associated with any energy market transformation.

The winter of 2016/2017 produced mild weather in most of the US. This mild weather, combined with continued high production levels and low prices for natural gas, continues to put downward pressure on both short and long term electricity prices. Surprisingly, despite these low prices and a continued push toward distributed generation in all markets, 2016 saw the largest increase in new utility scale additions since 2011, with a net increase of nearly 15 GW. 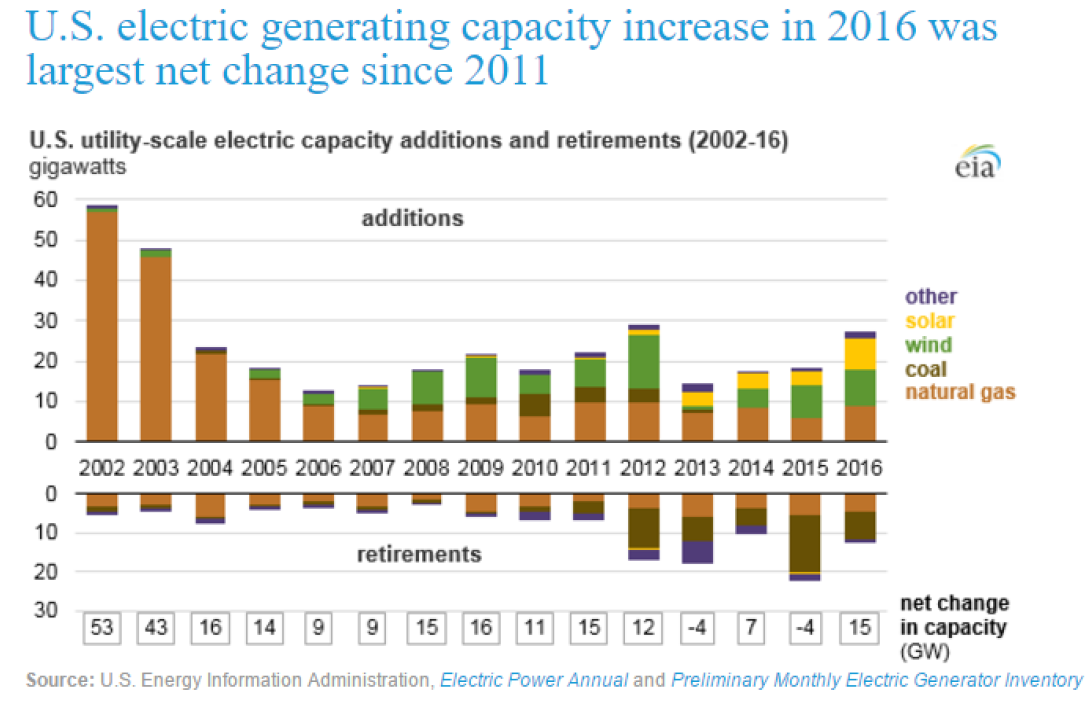 As in prior years, the majority of the retirements were coal and gas plants. The new generation was 60% wind and solar (almost equally split) and 33% natural gas. The chart below gives a great picture of how dramatically the overall generation fleet has changed in the US. You can also see the almost total absence of new coal and nuclear generation since 1990.

Additional capacity will continue to put downward pressure on electricity prices. As we have said in earlier letters, this is a challenging time to own generation in the US, particularly coal and natural gas fired units.

The pain felt by owners of coal and natural gas assets pales in comparison to that faced by developers of new nuclear plants. The new poster child for the challenges of nuclear power is Westinghouse. Formed in the late 1880s, Westinghouse is one of the storied names in the energy business – associated with many of the early innovations in the electricity field. Over the years, the original Westinghouse ceased to exist, and the current company, formed in 1999, focused exclusively on the nuclear space. In 2006, Toshiba purchased Westinghouse for $5.4 billion.

Westinghouse filed for bankruptcy on March 29, 2017. The filing is an effort by parent Toshiba to shield itself from losses associated with massive cost overruns at several new nuclear plants that Westinghouse had contracts to build in Georgia and South Carolina. The Westinghouse bankruptcy may well put the last nail in the coffin of new nuclear development in the US. The estimated cost to build these plants is billions of dollars higher than budgeted. The bankruptcy has put the plants’ construction at risk and placed significant risk on the plant owners, SCANA (owner of South Carolina Electric and Gas) and Southern (owner of Georgia Power).

This quarter’s letter captures the volatility we continue to see throughout the energy market. In the midst of so much fundamental change, customers have an immediate opportunity to hedge future energy prices are very low levels. While we might hope that the current historically low prices will continue forever, our experience in energy markets warns us that this could change very quickly. Please do not hesitate to contact us if you would like to discuss ways to mitigate your exposure to future market movements.

I would like to conclude by again congratulating the team at 5 on our 5th anniversary, I could not imagine a better group of people with whom to work.

1 Prices flashed red as they moved up, and green as they moved down.
2 Engie acquired International Power in 2010.
3 The regulator’s 2016 report has yet to be issued.
4 Two major LNG export facilities were completed in Queensland in 2015 and a third was completed in 2016.
5 The battery systems would be used to provide electricity during periods when intermittent resources are not available.