5.8 Degrees of Separation in North Texas

A secondary trend that is immediately apparent is that there is a steep decline in electricity prices out to 2029.   And while this market backwardation (where prices decline into the future) in Texas is not new, one can see that prices for the summer months, most notably August, have decreased since the beginning of the year across all years out to 2029.  Note that this drop in future summer prices is influenced more by the production capacity of new renewable generation (mostly wind combined with solar) and less by the weather.  The combination of a relatively cool summer (so far) coupled with large amounts of renewable generation on the horizon has lowered the forward price of electricity in the summer months and have put downward pressure on prices across all months of the forward curve out to 2029. 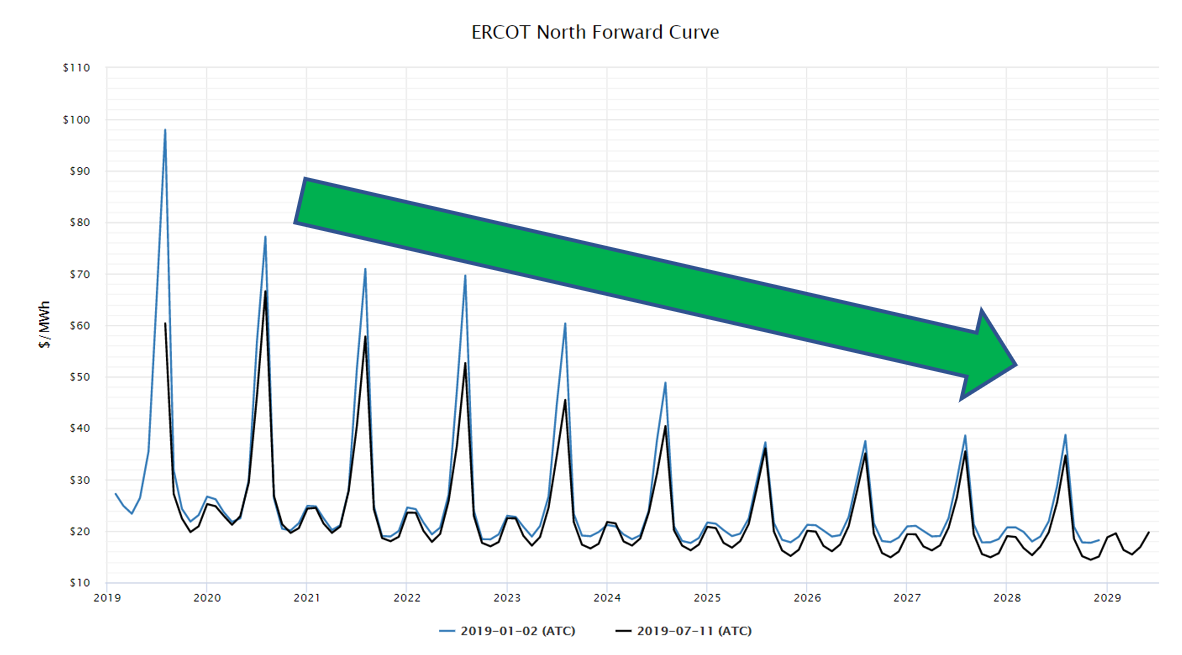 While we do not know with any certainty just what the weather will bring, we do know that forward electricity prices are in a very attractive place to make both short and long term purchases.  Clients with open electricity positions should take action now to make those purchases while prices for the balance of 2019 are so low.  Additionally, the overall backwardation of the forward curve and drop in summer prices in all years out to 2029 make this a favorable time to make longer term electricity purchases too.