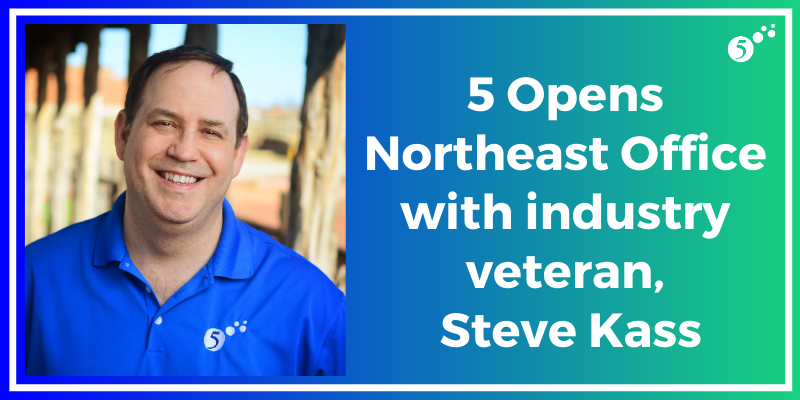 Last week, 5 opened its new office in the Northeast market by adding industry veteran Steve Kass to the team. “Our ability to help customers on a national scale just took a huge step forward,” said Brian Hayduk, President of 5. “Steve brings a wealth of knowledge and experience to our growing team.” Steve has been involved in deregulated electricity since its inception in the Northeast in the late 1990s. He started his energy career when he joined AES NewEnergy as the Marketing Manager for New York and New Jersey. Over time he assumed a variety of roles including Director of Sales and Director of Customer Care for Constellation NewEnergy and Juice Energy. Steve also served as an officer in the United States Navy. “After meeting with the team at 5 and seeing how the company supports its customers and employees, I knew that this platform was the best way to serve my customers,” said Kass.

Steve is based in Northern New Jersey and will focus primarily on the PJM and New York markets.

All LED Lights May Be Dimmed