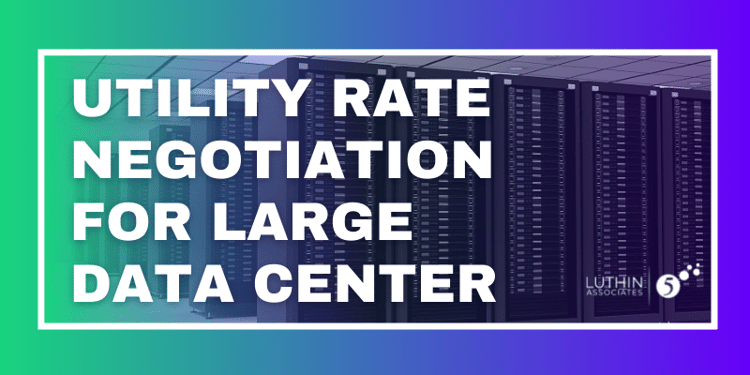 A large data center purchased and renovated a building. They planned on expanding the facility in the future and asked the utility to provide an electric service capable of supplying 6 MW. The utility ruled that the electric service request was “excess” since the facility’s current requirements were less than 2 MW. The cost of the “excess” service would be almost $6 million. The utility suggested that the customer should apply for a special rate that would allow them to pay the additional costs over time. The customer was unaware that the total cost over the 20-year life cycle would exceed $20 million. Also, the utility did not bill the customer correctly and delayed the billing for two years.

When the client approached Luthin Associates with the delayed, and incorrectly calculated utility bills, the Luthin team identified several issues. The issues included the utility's application of the tariff provisions, the misleading communications with the customer when they applied for service, and the method used to calculate the cost of constructing the "excess" facilities.

The utility agreed to revise the construction costs and canceled the long-term agreement. Thus, the initial $20 million contract spend was reduced to $3 million, which resulted in $17 million of avoided costs.