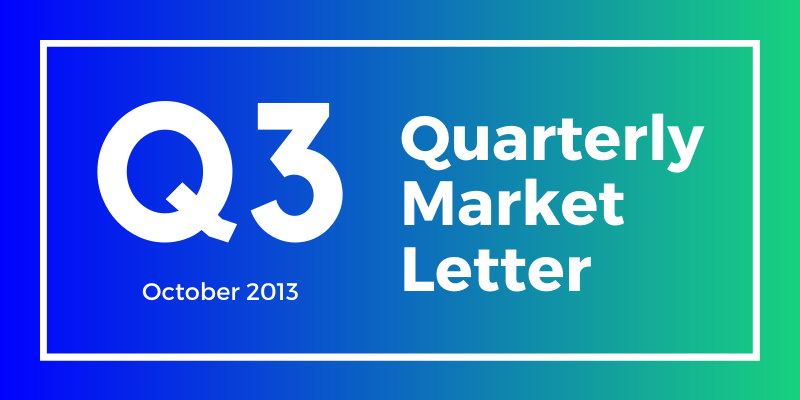 I am pleased to forward 5’s 2013 third quarter overview of the energy market.

This quarter’s letter is divided into two sections. In the first, we focus on an important issue facing the retail market in Texas, the expected bankruptcy filing of one or more companies affiliated with Energy Future Holdings (EFH).The second section of the letter provides summary comments on continued developments in the energy market.

Rumors continue to circulate around a possible bankruptcy filing involving EFH, a holding company for Oncor, TXU Energy (TXU) and Luminant. EFH was taken private in 2007 by KKR & Co., TPG Capital, and Goldman Sachs Capital Partners at a staggering price of $48 billion. The chart below summarizes EFH’s three business lines and their revenue for the past three years.

The leveraged buyout left EFH with over $40 billion in debt. Since the deal closed, EFH’s business has been pressured by low natural gas and electricity prices, additional environmental regulations on coal fired power plants, and is unable to support the high level of debt.

The complex capital structure at EFH makes it difficult to anticipate how subsidiary companies like TXU will be treated in a bankruptcy filing. EFH provided the following capital structure chart on its website in February 2013: 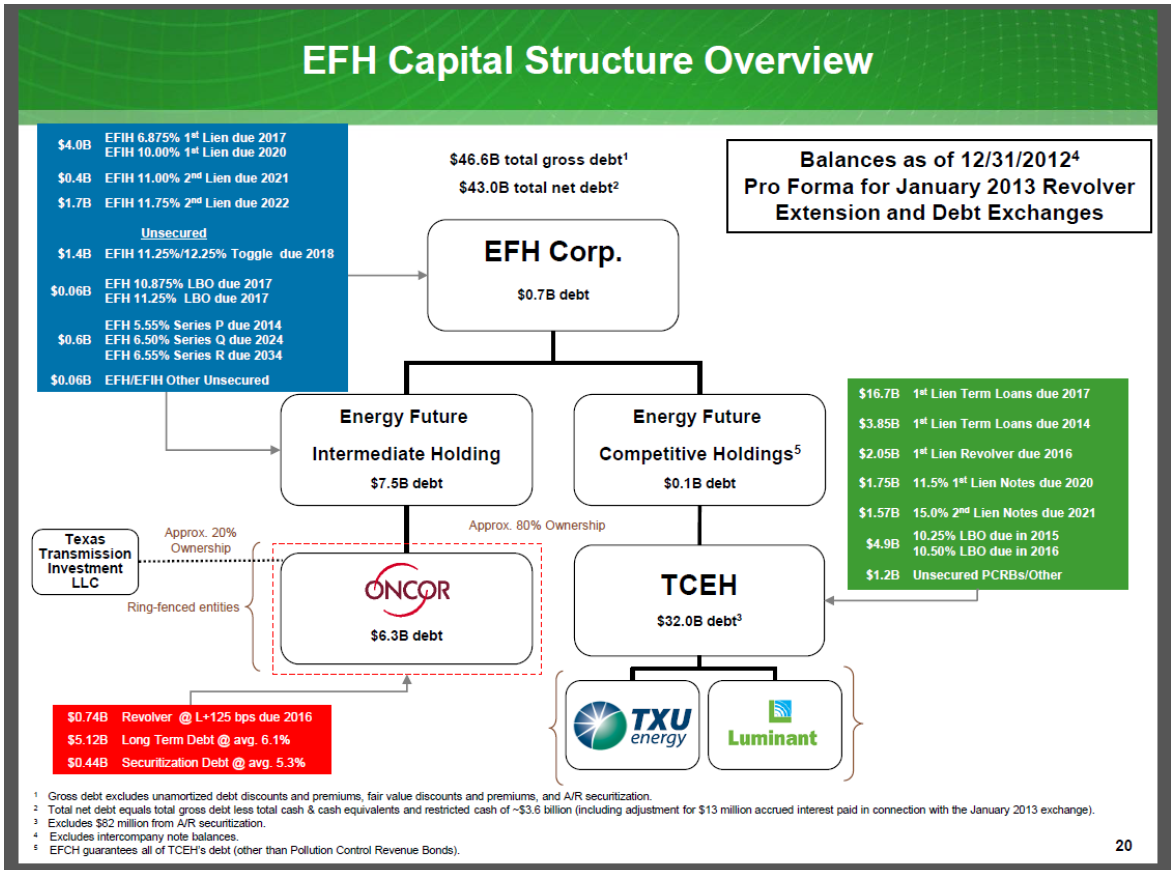 As you can see from this diagram, a large amount of debt is held by TCEH, a holding company for EFH’s competitive generation and retail businesses. Retail contracts are held by TXU. Generation assets are owned by Luminant. A bankruptcy at EFH might or might not include a bankruptcy filing by EFH, TCEH, TXU or Luminant.

If TXU does not file and TXU continues to honor its contract obligations, it is most likely that customers will have to honor their contracts with TXU.1 If TXU files, the actions of all counterparties, including a party to a retail contract with TXU, are regulated by the Bankruptcy Code. There are two very different ways that electricity contracts may be handled post-bankruptcy.

Trends highlighted in letters circulated earlier this year continued in the 3rd Quarter. On September 20, 2013, the EPA issued new standards to regulate carbon dioxide emissions from new power plants. The proposed rules set new and more stringent standards for coal and natural gas fired units. Most significantly, new coal fired units cannot meet these standards without the implementation of carbon capture and storage technology (which many commentators feel is not yet commercially available and, even it was, make coal plants even more uneconomic than they are at the current spread between coal and natural gas prices). These emission levels, if imposed, will effectively freeze the construction of new coal plants. Implementation of these rules will be subject to extensive legislative and legal challenges, with environmental groups and owners of new gas fired power plants supporting the rules and coal states and owners of coal fired power plants opposing the rules.

We also see nothing slowing down the oil and gas boom in the United States. In October, the EIA announced that the United States will be the top producer of petroleum and natural gas in 2013, surpassing Russia. The following chart shows in graphic fashion the impact of new drilling techniques on the domestic production of oil and gas.

One result of this expansion in domestic exploration is accelerated efforts to export the nation’s low cost natural gas. In September, the Department of Energy approved Dominion Resources’ request to export LNG from its Cove Point facility. This was the 4th LNG export approval and the third issued this year. There is a long line of other projects in development, and the successful development of even a small number of these facilities will have a material impact on the price of natural gas.

The switch to natural gas fired generation continues to wreak havoc on other generation sources. In August, Entergy announced that it would close the Vermont Yankee nuclear plant in 2014. This 604 MW base load power plant generates around 4% of New England’s total annual electricity supply. The chart below shows the size and type of infrastructure plants that have opened and closed in New England between 2013 and 2016. 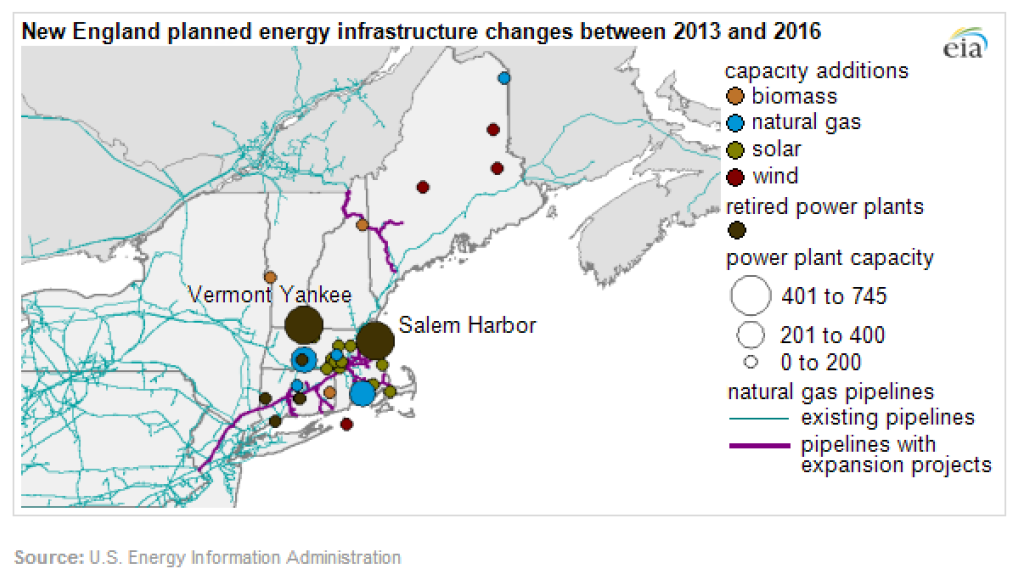 Coal plants also continue to be shut down. Most recently, FirstEnergy announced that it will close two coal fired power plants in southwestern Pennsylvania “with no expectation that they will be sold or reopened under stricter environmental legislation.” As we have noted in prior letters, the continued shutdown of coal and nuclear plants may put upward pressure on electricity prices.

The third quarter also saw significant developments in the ongoing litigation challenging new generation ordered by regulators in Maryland and New Jersey. On September 30, 2013, Judge Marvin Garbis ruled that Maryland’s new generation RFP, which effectively set the price to be received by a new plant in MD for the next 20 years, conflicted with the federal government’s role to set wholesale prices and thus violated the Supremacy Clause of the Constitution. Plaintiffs in similar litigation challenging the NJ BPU’s award of contracts for almost 2,000 MWs of generation immediately forwarded the MD court’s ruling to the Judge deciding a similar case in New Jersey District Court. On October 13, 2013, Judge Sheridan issued an opinion concluding that New Jersey’s contracts were also issued in violation of the Supremacy Clause of the Constitution.

While the court cases cast serious doubt on these new projects, other projects without any State contracts are moving forward at a surprisingly brisk pace. Since our last quarterly report, Moxie Energy sold one of its two projects in PA to Panda Energy. Energy Capital Partners just announced a new 692 MW project in Salem, Mass. LS Power, Calpine, Moxie, CPV and others continue to actively develop new gas fired generation plants without State contracts. If developers are able to continue and finance these projects, then the loss of the state subsidized projects in New Jersey and Maryland will have only moderate impact.

As we have said in past letters, this continues to be an excellent time for energy buyers to reduce risk. Please do not hesitate to contact me or others at 5 if you would like to discuss issues raised in this letter or your company’s energy needs.

Power Storage In Your Building