Next summer’s peak demand in Texas is forecasted to grow by about 3% compared to the summers of 2019 and 2020. The good news is that new generation is being added at a faster rate, which will create a higher Reserve Margin where the amount of electricity supply exceeds the forecasted demand. Most of this new generation is coming from renewable power projects across Texas. Once it is operational, the Samson Solar project, a 1,310 MW solar array in Northeast Texas, will become the largest solar farm in the US.

On December 16, ERCOT released their December Capacity, Demand and Reserve (CDR) Report, detailing the amount of current installed generating capacity, the 5-year forecasts of future summer peak demand, future planned generation, and the reserve margin forecasts. This report showed an increase in peak demand of about 3% for the summer of 2021 compared to the past two summer’s peaks of about 74,900 MW. As shown in Figure 1, when this increased demand is combined with the additional generating capacity, it creates a forecasted reserve margin for the summer of 2021 of 15.5%, which is almost 3% higher than last summer’s forecasted reserve margin of 12.6%. 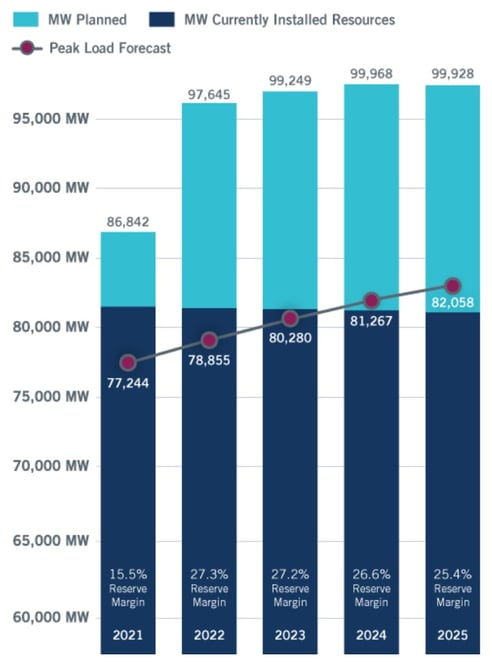 While the figures in the CDR report were close to expectations, the most surprising part of the report was the increase in planned generation and the higher-than-expected reserve margin for 2022, which increased to 27.3%. These higher reserve margins are mainly driven by an additional 9,273 MW of solar output by the summer of 2022. This is in addition to the 3,039 MW of solar capacity coming online before the summer of 2021.

Some perspective is necessary to appreciate the magnitude of this new solar generating capacity, especially the Samson Solar project near Lamar County. The implications of this and other projects will change the landscape of Texas in the same way that wind farms have over the last two decades in West Texas.

Searching for the world’s largest solar arrays, one will find less than a handful of solar projects greater than 1,000 MW. In the US, there’s nothing even close to this size. The largest array in California, the state with the most installed solar, is the Topaz Solar Farm, a 550 MW project.

The physical size of an array of this size is astonishing. A solar array greater than 1,300 MW is likely to take up approximately 6,500 acres, or 10 square miles. For a sense of scale, consider the size of these well-known and recognizable locations: 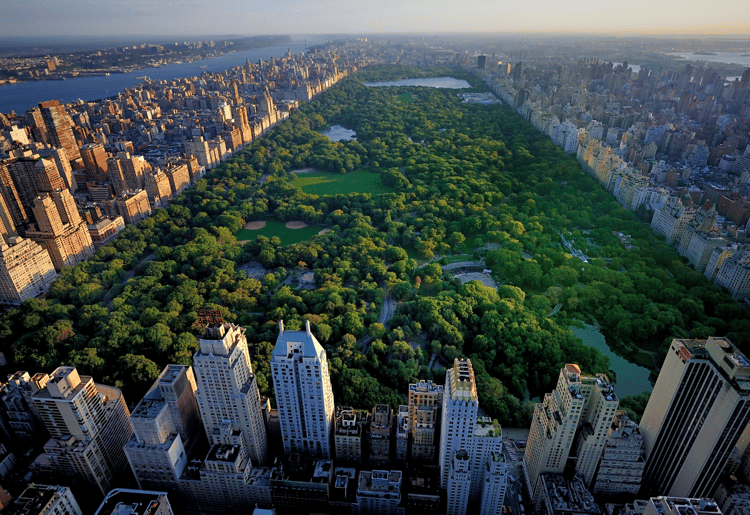 8 Central Parks will fit within the Samson Solar Array.

When the Samson Solar array and numerous other solar projects come online in the next two years, they will cover the same amount of space as almost 50,000 football fields! This is almost five times the size of the island of Manhattan. No wonder New York City is having a hard time trying to figure out where to put all these solar farms in order to meet their goal of moving to 70% renewable power by 2030.